The poor are not poor because the rich are rich 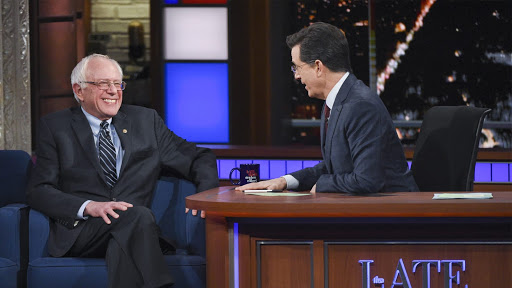 A new study released by the left-leaning Institute for Policy Studies in Washington, D.C., headlines what they see as shocking news that in America some people are much wealthier than others.

Some findings of the study, entitled "Billionaire Bonanza: The Forbes 400 and the Rest of Us," are:

— "The three wealthiest people in the United States — Bill Gates, Jeff Bezos, and Warren Buffett — now own more wealth than the entire bottom half of the American population."

— The 400 billionaires on the Forbes 400 list "now own more wealth than the bottom 64 percent of the American population."

The message that IPS wishes to convey here is that there's a connection between wealth at the top and dismal economic circumstances at the bottom. That is, the poor are poor because the rich are rich.

Their proposed solution for narrowing the gap between rich and poor follows this premise. The way to make the poor less poor, in their view, is to make the rich less rich. And, of course, they propose to do this with government power. "By taxing our wealthiest, we could raise significant revenues and then invest these funds to expand wealth-building opportunities across the economy."

If we accept the questionable assumption that higher taxes on the wealthy would raise "significant revenues," who exactly, according to their plan, would invest these funds to produce all these new opportunities?

Those with the greatest investment skills are those on the Forbes 400 list, who the IPS sees as the problem and who they want to punish for being successful.

So in all likelihood it's a government bureaucrat that they want to put in charge of making these brilliant "wealth-building" investments.

But bureaucrats would not be bureaucrats if they knew how to invest and create wealth. We've been through this before — the list of failed government projects is long. Recall most recently the Solyndra scandal — the failed solar panel firm backed by the Obama administration — leaving taxpayers on the hook for $535 million in federal guarantees.

And the fact is, the wealthy already pay the lion's share of the nation's taxes, and this has increased over time.

Envy doesn't create wealth. Freedom and character does. How about we focus less on punishing those who succeed and more on helping those who are not realizing their potential?

Harvard economist Martin Feldstein estimates that cutting corporates taxes would raise national income by $500 billion — $3,500 per household. I say we cut them even more for businesses opening in distressed communities.

Let's admit that our massive welfare state has been a disaster. I have long been for allowing low-income Americans to stop paying the payroll tax and instead use these funds to invest in a personal retirement account to build personal wealth.

These are just starters. We should be looking for ideas to bring up the bottom. Not dragging down the top.