Occupy Wall Street: More from the culture of narcissism

Can someone please explain to our vice president the difference between a screaming infant not getting what he wants when he wants it, and an adult who understands personal responsibility, humility, work and service to others? 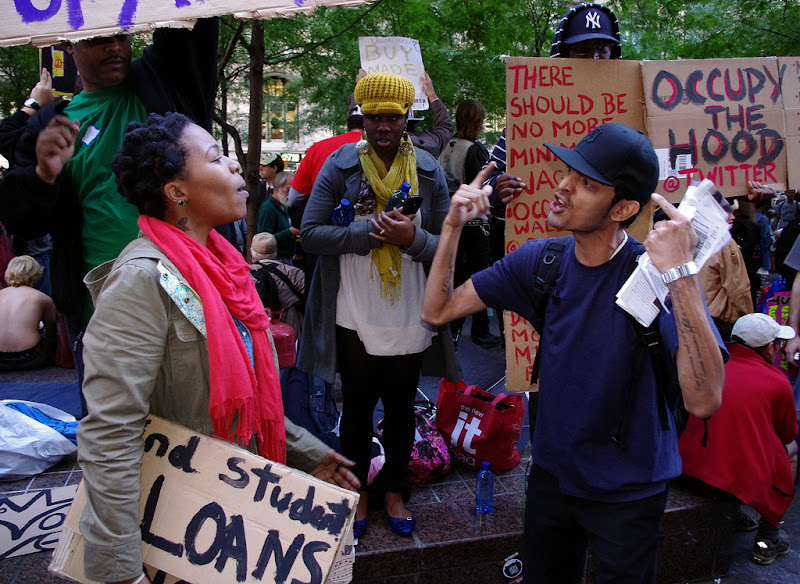 I wouldn't think it would be worthwhile to draw attention to the Occupy Wall Street "movement," or its list of demands that wouldn't pass muster in an average kindergarten class.

But if America's president and vice president choose to talk about it, and give it credibility, then it's news.

According to Vice President Joe Biden, demands such as free college, pay independent of work, a $20 minimum wage (why not $100 or $1,000?), and a nation with open borders have legitimacy and "a lot in common with the Tea Party movement."

President Barack Obama sees these demonstrations against corporate America as reasonable protest toward "the same folks who acted irresponsibly trying to crack down on abusive practices that got us into this situation to begin with."

This should provide perspective to what our most fundamental problem is today.

We have an endangered species in America whose loss threatens our future. That species is called the American adult.

Can someone please explain to our vice president the difference between a screaming infant not getting what he wants when he wants it, and an adult who understands personal responsibility, humility, work and service to others?

A functioning free society requires citizens who are adults, capable of overseeing and administering a government that enforces laws that protect life and property.

Once government simply becomes a playpen for those who believe they run the universe and make its basic laws, and also believe that the rest of us must submit to their hallucinations about what is just, we wind up where we are today.

The Wall Street Journal reported recently that, according to the latest census data, 48.5 percent of American families are on the receiving end of some sort of government program, the highest percentage in our history.

During the 1960s, a watershed decade when the infantile culture of narcissism began to subsume free adult culture in America, more government programs were born than in any other period.

By 1980, four of these programs of the 1960s -- food stamps, Pell grants, Medicare and Medicaid -- accounted for $164 billion in annual spending. Today these four programs swallow almost an additional trillion dollars.

In all our history, there is only one instance of major reform of a government spending program, and that was the welfare reform that was passed in 1996.

These government programs are pure monopolies driven by political power, not by efficiency or whether they are serving real needs of citizens. They don't change, they only grow.

This contrasts with America's corporations, which Wall Street protestors on the Brooklyn Bridge, and America's president and vice president, would like us to believe control everything.

But if big corporations did control everything, they would, like government programs, never change or lose power.

But large firms regularly come and go, because, in contrast to government programs, they remain powerful only as long as they are serving consumers.

Of the 30 major corporations that constitute the Dow Jones Industrial Average firms, only eight were on the list in 1980.

The 30 Dow Jones Industrial Average firms have changed 45 times since the average was started 115 years ago.

No, Mr. Biden. Occupy Wall Street has nothing in common with the Tea Party movement.

The Tea Party movement is protest against abuse of political power and the increasing marginalization and disrespect for truths, such as protection of life, liberty and property that define American freedom.

Occupy Wall Street is about lust for political power, about defining what others should have, and redistributing and spending what belongs to some else.