Freedom is not about warmed-over conventional wisdom. It's about ideals, humility, originality -- and embracing the unexpected and unanticipated. 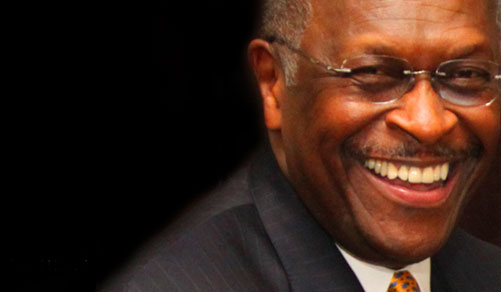 It's not just conservatives who are frustrated today. It is all Americans who long to see their nation regain its vitality, restoring freedom and prosperity at home and shining the light of human potential across the planet.

What is particularly frustrating is that the party out of power, the Republican Party, is supposed to be carrying the torch for these values. But it's barely happening. The Party has become bogged down with careerists, rearview-mirror thinkers and its own inside-the-beltway elite.

Nothing could speak more to this problem than establishment attitudes toward the remarkable Herman Cain.

After extolling Cain's compelling virtues -- his rags-to-riches success story, his love of America and the values that make it great, and the courageous ideas he has put on the table in his campaign -- Ms. Charen dismisses his candidacy for president. "He lacks the kind of experience the office requires," she writes, and "political skills ... necessary in a political job."

Others who dismiss Cain point to his lack of a national organization, essential for raising the kind of money a presidential campaign needs.

I just don't see it this way.

One of America's worst presidents -- the former Senate Majority leader Lyndon B. Johnson -- had more of these political skills than perhaps anyone who ever held the office.

What he critically lacked was a clear vision and commitment to American principles of limited government and personal integrity.

The single most powerful asset that a new American president can bring to Washington is the support of the American people. A president with a vision, and popular support for that vision, will have the Washington political establishment jumping to his beck and call.

What makes Herman Cain so interesting is the passion and clarity of his view of American freedom, and his Reagan-like ability to communicate and excite grassroots Americans.

He has a positive intensity of 35. In second place is Romney at 15, with the rest lagging behind him.

Cain is the only candidate putting concrete and simple ideas on the table for getting this nation back on track.

The Wall Street Journal's Stephen Moore said Cain's 9-9-9 plan for simplifying our horrendous and highly politicized tax code would be "rocket fuel for the economy."

Cain's support for getting rid of the confiscatory Social Security payroll tax and replacing it with personally owned private retirement accounts would be a boon to all Americans, but particularly for low income Americans.

Personal retirement accounts would provide an unprecedented opportunity for every American to build wealth over a lifetime, as was done in Chile, which pioneered the reform in 1981.

America needs a new president who loves freedom and has the guts to pursue it without compromise.

Freedom is not about warmed-over conventional wisdom. It's about ideals, humility, originality -- and embracing the unexpected and unanticipated.

The Republican Party establishment needs to start listening to grassroots Americans and asking why no one is exciting them like Herman Cain.