Democrats want an expansive, powerful government in a godless nation, and somehow they think that would make us better. 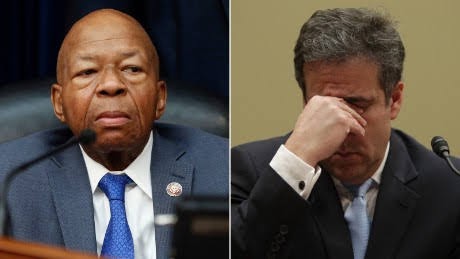 President Donald Trump's two-hour speech to the Conservative Political Action Conference was filled with zingers that seem reasonably representative of what we can expect in the 2020 presidential election.

"We believe in the American dream, not in the socialist nightmare."

And perhaps more boldly, "We have people in Congress that hate our country."

Overly hard-hitting? I don't think so. Given where the other side wants to take the country, this is no time for pulling punches.

A few days earlier, on the other side of town, Trump's former personal attorney and operative Michael Cohen testified before the House Committee on Oversight and Reform, in a hearing convened by Democrats supposedly to air information that might shed light on possible criminal wrongdoing by the president.

But just as the president gave his CPAC speech with an eye to 2020, Cohen's House hearing was designed with 2020 in mind.

Cohen presented little substance to nail any kind of criminal culpability to the president, but he had plenty of dirt. There was little beef but a lot of stench. And sullying the public persona of Trump was really the point of the exercise.

The committee's chairman, Elijah Cummings, gave an impassioned summary at the end about what this hearing was allegedly about.

He said he had told President Trump in their one meeting, "The greatest gift that you and I, Mr. President, can give to our children is making sure that we give them a democracy that is ... better than the one that we came upon."

But how did giving a broken, resentful man now facing a prison sentence a national platform on Capitol Hill to spew defamatory remarks against his former boss, now the president, make us a better nation or strengthen our democracy?

How did allowing Cohen to state before a congressional committee something so absurd as "Given my experience working for Mr. Trump, I fear that if he loses the election in 2020, that there will never be a peaceful transition of power" improve our country?

Cummings felt it important to note in his summation that according to The Washington Post, Trump has made "8,718 false or misleading" claims. And here, he was unintentionally honest that really his objective and that of his party is to damage the president in any way possible.

This includes one member of his committee, Rep. Rashida Tlaib, whose first public declaration after being sworn in as a member of Congress was to announce, "We're going to impeach the (expletive)."

Let's recall that representatives' oath of office includes the pledge that they "will support and defend the Constitution of the United States against all enemies, foreign and domestic."

Despite Cummings' stated concern about our democracy, it is our Constitution that directs our elections. In its preamble, we find that the Constitution's purpose is to "secure the Blessings of Liberty to ourselves and our Posterity."

If Cummings and his party truly want to fix our shortcomings, this is where their focus and concern should be — on preserving the integrity of our Constitution and securing the blessings of liberty.

This is exactly where the Democratic Party comes up short.

Blessings are outpouring of divine favor. When members of Congress take their oath to "support and defend the Constitution," they conclude with "So help me God."

The Constitution secures our liberty by defining a limited government under God.

Democrats want an expansive, powerful government in a godless nation, and somehow they think that would make us better.

President Trump is right; socialism and secular humanism are not what America is about. Let's hope he is also right that it is never what America will be about.

The groundwork for 2020 is opening before us.