NAACP fights efforts to address the core problems that perpetuate the cycle of poverty in black America. 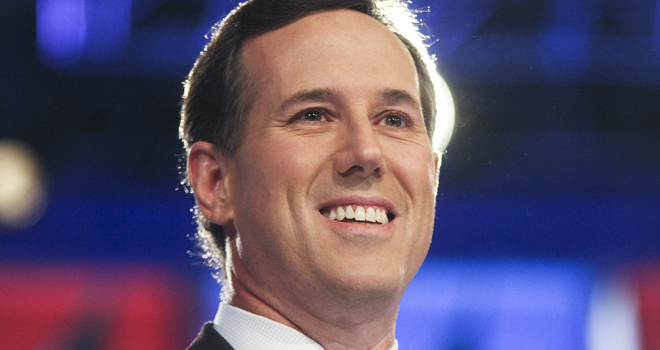 Rick Santorum must be racist because he thinks all people, regardless of ethnicity, should have the dignity of self-sufficiency.

At least that's how the NAACP sees it.

Talking about pushing back against those in government endlessly trying to expand welfare programs because they make money off them, Santorum said, "I don't want to make black people's lives better by giving them somebody else's money; I want to give them the opportunity to go out and earn the money."

Santorum was talking about Medicaid. The more states expand their Medicaid programs, the more federal funds they get. So they have a perverse incentive to keep growing these programs.

It is unfortunately analogous to drug pushers who get richer with each new addict.

If indeed Santorum did single out blacks, it's not unreasonable because they are disproportionately on Medicaid. Blacks comprise 12 percent of the population but they constitute 30 percent of those on Medicaid.

Medicaid is government monopolized socialized medicine for the nation's poor.

Not surprisingly, its spending is out of control while delivering increasingly shoddy care.

Forty percent of physicians won't see Medicaid patients because the reimbursements they get don't cover their costs.

According to studies reported in the Wall Street Journal, the chances of a Medicaid patient dying in the hospital are double that of patients on private insurance and Medicaid patients are 59 percent more likely to have complications after heart surgery than privately insured patients.

Now it's about to get worse. Despite over 60 million Americans on this program that is bankrupting states and delivering substandard health care, Obamacare expands it to add another 16 million.

Given the disproportionate exposure of black Americans to this horrific program, wouldn't anyone who cares about these folks want to seek better options for them?

The NAACP wants to keep Medicaid as it is and opposes efforts to reform it to improve its efficiency.

One idea floated to fix the built in state incentives to keep spending more is to switch to federal block grants to states. NAACP calls this "extremist."

Besides fighting reforms to improve dysfunctional poverty and entitlement programs, NAACP fights efforts to address the core problems that perpetuate the cycle of poverty in black America.

For instance, education. More and more blacks are getting the message that inner city public schools are beyond repair and that the only hope for black children is competition. Give parents a choice with vouchers, tax credits, or combinations thereof, to go to other schools.

But the NAACP can always be depended on to initiate or join law suits fighting charter schools and vouchers, as it did in New York City earlier this year.

Despite the crisis of breakdown of the traditional black family, NAACP promotes same sex marriage as a civil rights issue. Despite half of black pregnancies ending in abortion, NAACP opposes anti-abortion activism of black pro-life groups.

Any well meaning white conservative like Rick Santorum, honest enough to state the truth about the destructiveness of welfare state programs on black Americans, can look forward to a press release from the NAACP calling him or her racist or the equivalent.

They then have to spend weeks doing media to apologize and carry the stigma forever.

There is no reason to apologize for telling the truth even if the NAACP attacks you for it. To apologize just hurts blacks and the whole nation and leaves the sharp weapon of racial intimidation always ready for use in the hands of the plantation masters.