Conservatives must recognize the cultural war being waged and engage it with clarity and aggressiveness that matches that of the left. 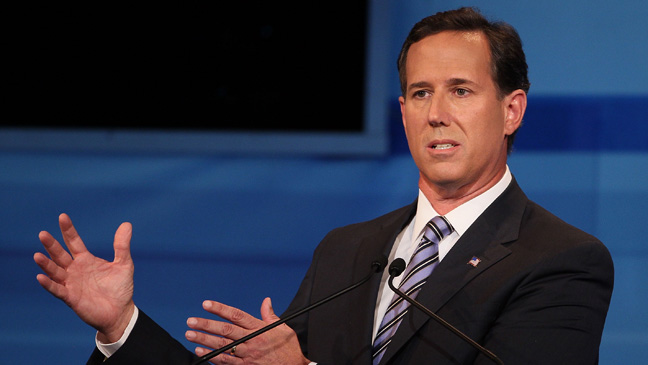 A succession of high-profile left-wing decisions and initiatives in recent weeks drive home the extent to which the left is changing the face of America.

Notable among these are the decision by a federal appeals court in California to uphold a lower court's finding of the state's Proposition 8 -- defining marriage as between a man and a woman -- as unconstitutional; the Susan G. Komen foundation reversing its decision, after a tsunami of left-wing pressure, to withdraw funding from Planned Parenthood; and the Obama administration refusing to grant a religious exemption from the new health care law's employer mandate requiring provision of free contraception and sterilization services as part of coverage.

These developments are, I think, helping to buoy the newly surging candidacy of Rick Santorum, former senator from Pennsylvania.

Santorum stands out in the current Republican field in the clarity of his image and identity. There is little doubt about who the man is, and there are no glaring inconsistencies between who he says he is today and his past behavior and positions.

Even Ron Paul, who is closest to Santorum in consistency and clarity of image, carries the baggage of sickening racist and anti-Semitic newsletters that once carried his name.

So the issue with Santorum is whether you buy what he is selling, not whether you have to worry that there are different Santorums hiding in the closet, waiting to emerge when political calculations might seem to justify their appearance.

And candidate Santorum is squeaky-clean conservative.

There is no pretense that so-called social issues are a world apart from economic issues.

And there is no inclination to insert social issues as a footnote to please religious conservatives while just talking about the economy because this is the main thing on everyone's mind.

While the Republican Party splits on whether "values" should stand front and center on its platform, Democrats and the left make no pretense about this.

The political left, led today by President Barack Obama, is defined and energized by an ongoing sense of mission to wage a cultural war in America.

And the left is determined to win this war, to obliterate traditional values and to sever the connection between rights and responsibilities.

The three recent left-wing victories all touch these key areas: End the traditional institution of marriage as a bulwark of our society. Continue to promote sex as recreation and relegate the life created by this activity as a trivial byproduct that we allow to be destroyed with ease. Destroy the sanctity of private property so government can finance irresponsibility with other people's money.

Obama is unapologetic about this agenda and even has the audacity to call it Christian for government to borrow trillions on the American people's good credit and then permit politicians to determine who should be taxed to pay for it all.

The Santorum surge, I think, is being fueled by a growing sense that our economic crisis is at its core a moral crisis. And there is a growing sense among Republicans and conservatives that we must recognize the cultural war being waged and engage it with clarity and aggressiveness that matches that of the left.

An America with broken families, with an aging population growing old alone, with no educational framework to pass traditional truths on to our children, and with no private property so that our wealth and our wages remain exposed to politicians, is an America without a future.

Santorum is offering the very clear, consistent conservative alternative to this disaster. I think it's why he is becoming the biggest surprise so far of this campaign.