The inconceivable and the unanticipated is the rule of our lives rather than the exception. 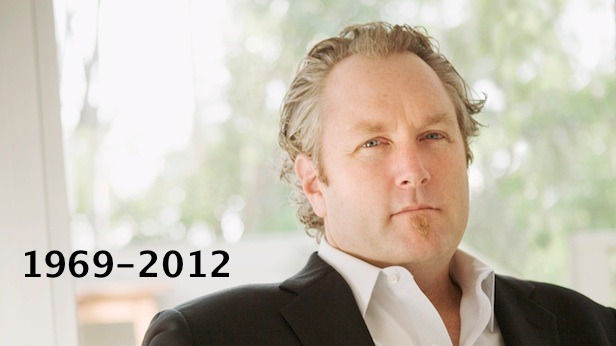 If you think about it, Andrew Breitbart's untimely passing from this life, at age 43, might be seen as the ultimate message that this man of media could deliver.

Breitbart famously used his media talent, particularly his facility with new media and new journalism, to fight the agenda of the left.

And what could strike more effectively at the heart of the left's premises than the inscrutable death of a young and prodigiously talented, successful man -- a husband and father to four young children -- who still was scaling the heights of achievement?

The fact is that the inconceivable and the unanticipated is the rule of our lives rather than the exception. Nothing more clearly defines the line which separates the political left from the political right than appreciation of this fact.

The left, after all, is about the pretense of planning, power and control. It's about the belief that man -- political man -- can define and control the world and can appoint himself the final authority to determine what is fair and then mete out justice.

The first words on this subject were spoken by the serpent to Eve about the prohibition on eating fruit from the tree of knowledge of good and evil.

"You will not surely die," the serpent told Eve, "for God knows that on the day you eat of it your eyes will be opened and you will be like God, knowing good and evil."

In his new book, "Coming Apart," social scientist Charles Murray provides a troubling snapshot of America, showing how the collapse of traditional values corresponds with our growing economic and achievement problems.

"Change the domestic habits of Americans, their religious devotion, and their high respect for morality, and it will not be necessary to change a single letter of the Constitution in order to vary the whole form of their government."

With today's obsession about the growing gap between those who earn the most and earn the least, Murray looks at what is happening in white America, eliminating the variable of race. He shows that the elites -- those earning in the top 20 percent -- by and large still have intact families and have the lowest incidence of out-of-wedlock births and single-parent homes.

In contrast, communities earning in the bottom 30 percent have had high erosion since the 1960s in behavior reflecting traditional values, with marriage and family collapsing and high and growing incidence of out-of-wedlock births.

Although Murray just focuses on white America, his conclusions mirror what I have been talking and writing about for 20 years regarding the destruction of black communities by welfare-state government programs.

It's not an accident that welfare-state growth took off in the 1960s, the decade of the sexual revolution, the pill and, shortly thereafter, the legalization of abortion.

In this new culture of materialism, the politicians of the left claimed they could understand everything and solve all our problems -- with other people's money, of course.

They could build programs to eliminate poverty, eliminate the problems and vagaries of aging and deliver health care to everyone.

Now today these problems remain. Except now we're hanging on the thread of bankruptcy, tens of trillions in debt, trying to substitute government and other people's money to deal with problems that can only be solved by a free and responsible people.

The left hates Breitbart for his effectiveness in getting out the truth.

It's the same culture that forces me to get police protection to talk about personal responsibility on college campuses.

The final irony is that truth and compassion come from humility, not pride. Sadly, a cold and cruel left will not grasp this truth from Breitbart's unexpected death.