Those who insist that social and moral issues constitute an agenda separate and apart from economic issues should consider why socialist societies are secular, atheist societies. 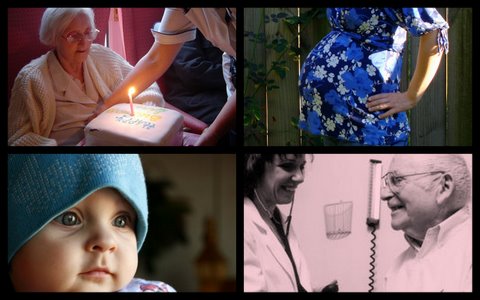 Do House Republicans risk being branded as extremist and out of touch by bringing abortion back into the national spotlight when supposedly the economy is all Americans care about today?

Last Thursday, Republicans brought to a vote in the House a bill introduced by Arizona Republican Trent Franks that would have criminalized abortion based on sex. Although the bill received healthy support, 246 to 168, including 20 Democrats who voted for it, it was not enough to pass. The floor rule under which the bill was considered required a two-thirds vote for passage and it fell short of that.

New Gallup polling shows that bringing abortion back into the national debate may not be a bad political call for Republicans.

Whereas public opinion has moved in recent years against the conservative position opposing same-sex marriage, the opposite is true on abortion. On abortion, Americans have become decidedly more pro-life, moving in the direction of conservatives.

A just released Gallup poll shows that 50 percent now identify as "pro-life" compared to 41 percent as "pro-choice." This is a complete reversal from 16 years ago in the mid-90s when 56 percent were "pro-choice" and 38 percent "pro-life."

Also of political interest is that Independents are now on the "pro-life" side of the ledger, 47 percent identifying as "pro-life" compared to 41 percent "pro-choice."

Years of relentless work by pro-life conservatives raising public awareness about the horror of abortion, coupled with the reality of unborn life being graphically conveyed by ultrasound, is making a difference.

This most recent House initiative to ban sex-selected abortion came in the wake of two notable events bringing public attention to this issue.

One was the recent arrival in our country of blind Chinese human rights activist Chen Guangcheng.

Chen miraculously escaped prison in China, seeking asylum in the American embassy in Beijing. He had been imprisoned more than four years for his work bringing to public attention the horror stories associated with forced abortion and sterilization in China associated with China's one child policy.

According to data reported in 2009 in the Shanghai Daily, a state operated newspaper in China, abortions performed in China annually exceed 13 million.

Also capturing public attention to the issue of sex selected abortion was the release by pro-life activist group Live Action of an undercover video showing a Planned Parenthood counselor in Austin, Texas, providing counseling for doing a gender selected abortion.

The young woman posing as a client seeking advice told the counselor she wanted to abort if the child she was carrying in her pregnancy turned out to be a girl. "...we want two, I already have a girl, and we want a boy and a girl."

The Planned Parenthood counselor advises her to wait five months into her pregnancy when she can be assured of the sex of the child, and if it is a girl, abort her. The counselor also advises her how she can scam Medicaid to pay for her pre-natal care under the guise that she intends to birth the child.

Those who insist that social and moral issues constitute an agenda separate and apart from economic issues should consider why socialist societies are secular, atheist societies. We need not be limited to looking at China and the former Soviet Union to appreciate this. On display today is the tragic collapse of Europe, now largely secular, under the burdens of the unsustainable welfare state it has created.

It is societies that respect both life and property, societies in which the mystery of life is revered and respected, that nurture a culture of personal responsibility that make a free and prosperous nation possible.

Latest polling indicates good news that a majority of Americans are waking up to this fact.