Freedom is the only issue facing Americans

Only when free can individuals deal with life's endless surprises in creative and resilient ways. 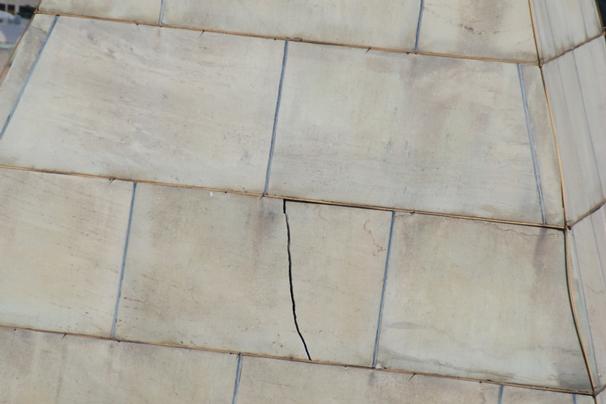 The political parties throw a lot of glitz at us with their made-for-TV spectaculars, which we call conventions.

But the bottom line defining the choice facing Americans this year is stark and clear, and these conventions provide no new insights or information.

No visual dominates the landscape of our nation's capital like the Washington Monument. Today, however, other than memorializing our first president, it also provides a message about the role and efficacy of government.

Last year on Aug. 23, a 5.8-magnitude earthquake hit Washington, D.C. The earthquake caused cracks in the monument, which stands at a height of almost two football fields, so the National Park Service shut it down.

Now, one year later, the monument remains in disrepair, closed to the 600,000 annual visitors it usually receives.

The Washington Post reported in January that the monument would be closed until sometime in 2013. According to that report, the contract to do the repairs would "probably not be awarded until late summer, with work starting sometime after that."

Now the latest report in The Washington Post indicates that repair of the monument may not be complete until sometime in 2014.

In January 1994, Los Angeles was hit with a massive 6.7-magnitude earthquake, knocking down two sections of the Santa Monica Freeway.

An initial estimate from the California Department of Transportation was that it would take 12 to 18 months for repairs.

Considering the massive potential costs to the local economy of shutting down sections of the world's busiest freeway, Caltrans officials decided to turn loose the time-tested formula for American success: market incentives and individual ingenuity.

They opened bidding to contractors who would accelerate the repair process, offering incentive bonuses for early completion.

The result: The repairs were completed in less than three months, with the contractor collecting a $14.5 million bonus for finishing 74 days ahead of schedule.

A rule of life is that we can always expect the unexpected.

It's why an enduring society must be a free society. Only when free can individuals deal with life's endless surprises in creative and resilient ways.

Bureaucracy and government control are guarantees for failure.

Now, sadly, we watch those on Louisiana's Gulf Coast bear the brunt again of a brutal hurricane.

Think of the despair that followed Katrina. There was no shortage of opinions that New Orleans was done forever, that it could never recover.

But, human resilience, will, creativity and freedom have revived this city.

According to the Bureau of Labor Statistics, the unemployment rate in the New Orleans region is below the national average.

The Wall Street Journal recently reported on the surge of entrepreneurial activity that has occurred there. Tax incentives have given birth to a growing, nationally competitive film industry, with music and software design following suit.

A failed public school system has been revitalized, with 80 percent of the schools now charter schools.

Shouldn't it tell us something that Apple, the icon for innovation, once on the brink of failure, is now the most valuable company in history?

And that all the major areas where we are having problems are areas controlled or dominated by government?

Americans don't need to watch fancily produced political conventions to know that one question faces us this year: Do we want to be free?