Kids and parents are stuck with whatever outcome the confrontation between the mayor and the union produces because there is no competition. 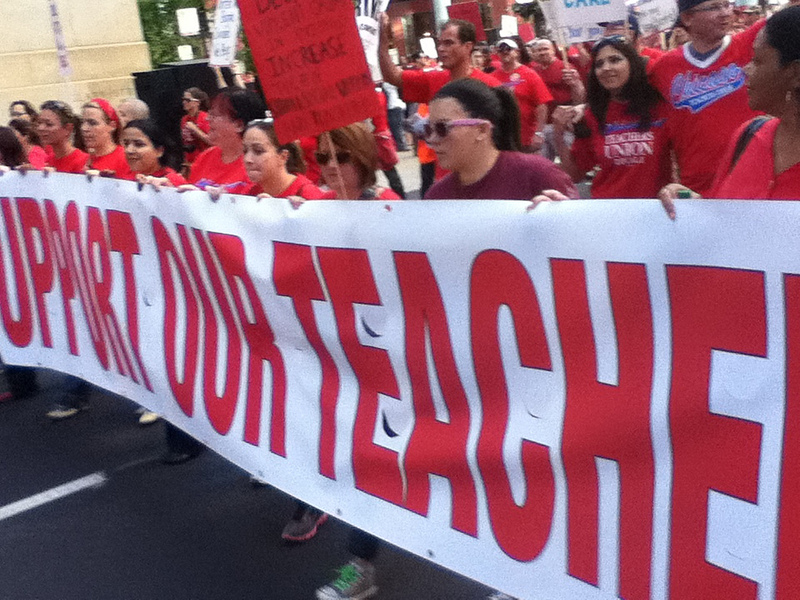 It says something about today's public education reality that the two sides in the teachers' union dispute in Chicago are the union and the mayor.

Allegedly, the point of schools is to educate children. But which side in this dispute has sole interest in children and their parents?

The answer, of course, is neither side.

No one solely represents the interests of the kids.

It's not to say that the union or the mayor has no interest in the quality of education being delivered. But this is just part of their agenda.

In private-sector labor disputes, sitting across from the union representative is the representative of a private company. The survival of that firm depends on its ability to serve its customers. Its labor cost is one line item in the cost structure of the products it sells.

The firm negotiating with the union does have to be concerned that union demands will drive it out of business -- that it won't be able to deliver the best, most competitively priced products.

This helps explains why private-sector union membership has dropped dramatically. In the mid-1950s, 36 percent of the private-sector labor force belonged to unions. Today, it is less than 7 percent.

Union demands that cause uncompetitive pricing or poorer quality products threaten the survival of the firm because it cannot serve its customers. The customer is king. If the customer doesn't like what he's getting, that customer will go somewhere else.

But what about parents and kids? They have nowhere else to go. In Chicago, they are stuck with whatever outcome the confrontation between the mayor and the union produces because there is no competition.

Beyond this, even the best public school teachers have their hands tied because they cannot provide what so many of these kids need: a structure of values, discipline and a clear sense of meaning and right and wrong.

But now we have a chicken-and-egg problem. Are kids not getting educated because they are poor or are they poor because the public schools, generation after generation, provide such poor education in these communities?

Should we consider it an accident that over this same period a cultural transformation took place in this country? Court decisions removed prayer and traditional religious values from our public schools. Is it worth considering that the purge of traditional values from public schools and widespread family breakdown were two sides of the same cultural coin?

I think so. But whether you agree with me or not, parents who want their children in a school teaching traditional values, rather than the moral relativism endemic in K-12 public schools today, should have this choice in an allegedly free country.

Eighty-six percent of the students in Chicago's public schools are minority kids from low-income families. Teaching of right and wrong is what these kids need. Whatever compromises the unions and the mayor reach won't matter to them.

What they need is school choice.