By it’s very nature, liberalism creates political classes – whether based on race or gender or business interests. 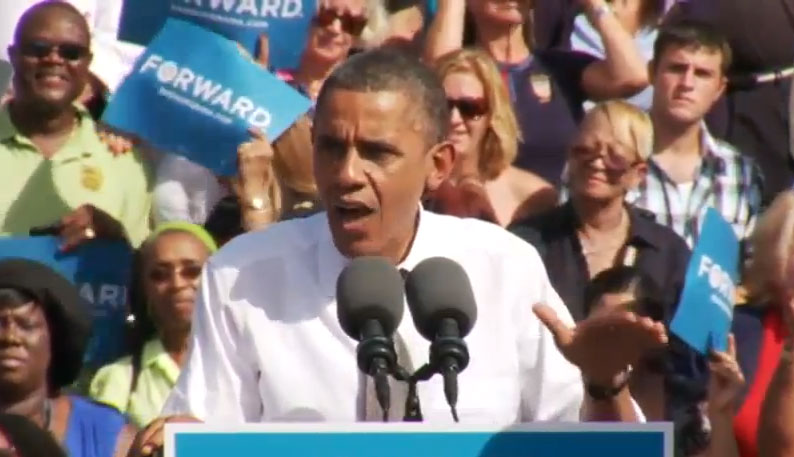 The headline of a recent article by the Washington Post’s Peter Wallsten capsulizes, inadvertently, the supreme paradox of the Obama presidency.

“Obama struggles to balance African America’s hopes with country’s as a whole,” it says.

The story documents Obama’s struggles over the last four years, which continue today, to avoid overplaying his hand as the first black president, yet to also not ignore this fact.

But nowhere does Wallsten note the irony that four years ago many understood the meaning of Obama’s election as the beginning of the end of the perception of black America as a world apart from the rest of America.

There was exhilaration that the nightmare was over – finally. That wrongs have been righted, that we can get on with America’s business without the ongoing issue of race looming, and that we can stop looking at blacks politically as a special class of Americans.

Yet here we are now at the end of four years of the presidency of this first black president, and attitudes about race seem to have hardly changed at all. There is still the sense that black America and the rest of America are not on the same page and that blacks and the country “as a whole” have different needs and different agendas.

Wasn’t Obama’s election supposed to have changed all of this?

Not only have racial tensions not improved, but the racial divide appears to have widened.

“Win or lose,” Wallsten continues, “the electorate that decides his fate Nov. 6 will be far more racially divided than the one that propelled him into the history books.”

According to a Gallup poll done last year, the third year of the Obama presidency, the election of a black man as president had little impact on the enormous difference in perceptions of blacks and whites on the need for government activism.

Fifty nine percent of blacks, compared to 19 percent of whites, said that government should play a “major role” in trying to improve the social and economic position of blacks and other minority groups in this nation.

Fifty two percent of blacks, compared to 15 percent of whites, said new laws are needed to reduce discrimination against blacks.

If Barack Obama’s election has had little or no impact on improving racial politics or changing the sense that blacks must be viewed as a special political class, what exactly, practically, has it meant?

Rather than making things better, it has really made matters worse.

From the perspective of Democrat-voting blacks, the implication of a black president was not a more racially just America. It was about assuming there would be a man in the White House more prepared to sign off on special political treatment for blacks. To the extent this has not happened, there has been dissatisfaction.

From the perspective of conservatives, tensions have increased because criticism of Obama’s big-government liberalism has been spun as racially motivated.

The Obama presidency has not ushered in a new era of racial tranquility because, despite all the hype, it’s not what it has been about.

The real tension in America today is not about black versus white but about liberalism versus conservatism.

Liberalism is about government as a political agent, not as a protector of individual freedom. By it’s very nature, liberalism creates political classes – whether based on race or gender or business interests. Those that get the goodies are happy. Those that pay for them are not. Tensions and animosities get worse, not better.

In the end, we all suffer because giving politicians more power means less growth and prosperity.

Things will never get solved until we finally take “e pluribus unum” seriously – that American diversity can only be finally united through one set of values, under God, that enable freedom, one set of true values for all.