Republican Party operatives ignored both a clear definition of their product and savvy marketing to a diverse base of customers. 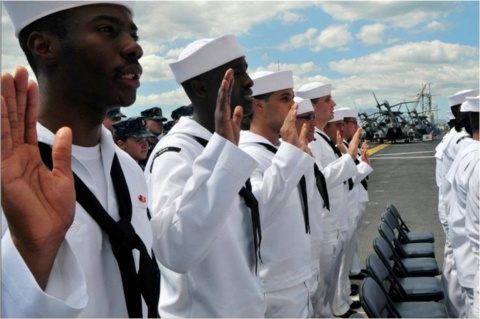 Disbelief is the word that defines the Republican state of mind in the wake of the 2012 re-election of President Barack Obama.

The obvious questions are: “How can Americans have re-elected a president who has presided over an economy where unemployment still hovers at 8 percent ?”

And, “How can Americans have re-elected a president who still doesn’t grasp that his big government policies are what have blocked our economic recovery?”

The Republican Party needs to take responsibility for this disaster.

Nothing in the outcome of this election is a surprise. The realities which produced these election results have been looming before us not for months, but for years.

Yet Republicans have made a point of ignoring it all. Now, “the chickens have come home to roost.”

What are these realities?

The profound changing demographics of the nation. And, the challenge of getting a nation that is already addicted to government off it.

I wrote last April regarding an analysis done by Ron Brownstein in National Journal: “Brownstein estimates that Barack Obama could be re-elected with as little as 39 percent of the white vote. He notes that in 2008, when Obama was elected with just 43 percent of the white vote, it was the first time ever that a presidential candidate was victorious with double digit losses of white voters.”

In a column I wrote a month ago, I noted: “What was once the exception to the rule in America – not being white, not being married, not have traditional views on family, sex, and abortion – is becoming the rule. And these constituencies are becoming sufficiently large to elect a president.”

A nation doesn’t change overnight. Yet, Republicans have been in chronic denial about what has been happening.

Ironically, the Republican political establishment, and particularly this year’s candidate Mitt Romney, presented themselves as the party of businessmen who know how economies work.

Well, businessmen pay attention to their markets. They make sure they understand their product and present it clearly and that they stay attuned to their customer base.

Republican Party operatives ignored both a clear definition of their product and savvy marketing to a diverse base of customers.

Instead, they chose wishful thinking. Simply hope that more and more white voters will turn out and vote Republican to make up for their shrinking part of the electorate.

When polls showed what was really happening, these same Republican operatives chose to deny them too, charging they were biased.

We can win our country back.

Low and middle-income blacks and Latinos are hurt disproportionately by a sluggish economy that can only be revived by less government spending and regulation, and low taxes. They just need someone to care to focus on their communities and explain these dynamics to them.

They need to get their kids out of public schools, a cause which only conservatives champion.

And they need to understand that they have everything to gain by getting out of the entitlement programs that the left tells them they need.

The last thing low-income earners need is to pay payroll taxes when they could save this money and build wealth. And the last thing they need is government bureaucrats running their health care.

When the only message blacks and Latinos get is from left wing politicians and media telling them they need government to take care of them, what can we expect but what we just saw in this election?

Business is also about knowing that there is no short cut around hard work.

Republicans must do more than showcase a few black and brown faces at their convention every four years and call this outreach.

Conservatives must get into black and Latino communities, talk to their clergy and community leaders, and explain how conservative policies of limited government and traditional values will save their communities and our nation.