Time to stop the debt charade

Politicians know that the money they are spending ultimately will come out of every American household. 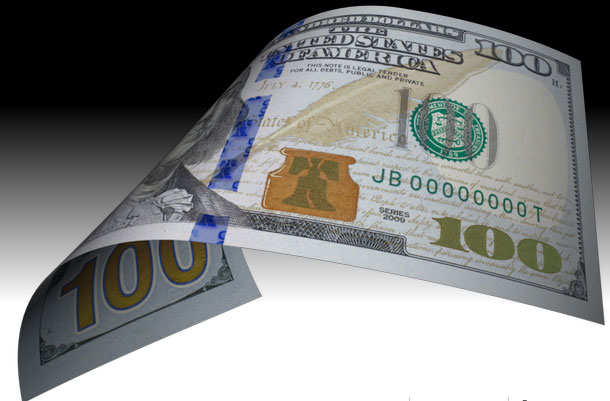 The crisis du jour in Washington now dominating the news, the so-called "fiscal cliff," is but the latest in seemingly endless political crises that we shouldn't be having.

We get two different kinds of problems in life: the real ones -- the struggle to work and improve the quality of our lives -- and the ones we bring on ourselves through poor behavior.

The more time we must deal with the latter type, the less time and energy we have to tackle life's real problems and challenges.

The political crises that emanate from Washington are invariably problems of the type that result from poor behavior. And this latest, the fiscal cliff, is no exception.

Let's recall that the automatic tax hikes and spending cuts scheduled to occur in January -- the fiscal cliff -- are the result of the failure of Republicans and President Barack Obama to agree on a budget deal as a condition for raising the debt ceiling last year.

Why do we have to keep raising the debt ceiling? Because politicians are afraid to be honest with the American people and immediately raise taxes to pay for all their new spending. So instead of raising taxes and paying for our new bills when we incur them, they just borrow the money.

Anybody who doesn't pay the full balance on a credit card bill each month knows what this is about.

Except there's one big difference. You run up your credit card bill on your own account. You are the one who is on the line for your own bills.

Politicians run up bills on our account. We're on the line for what they spend.

They could just be honest. When they have their wonderful ideas about what they want to spend our money on, they could go right to taxpayers and say, "We are going to spend X for Y, so we will raise your taxes by Z to pay for it, OK?"

They don't do this because they know it is not OK. Politicians know that the money they are spending ultimately will come out of every American household. And if they go to those households, to those actually responsible for paying the bills, and the heads of those households know they don't have the money, they will say, "No. Don't spend the money and don't raise my taxes."

And our constitution, which originally was supposed to protect the property of citizens, is now so degraded that they can do this.

They just spend the money and borrow on our behalf -- often from those overseas, like the Chinese -- to pay the bills.

Then they tell the American people about all the great ideas they are spending money on: Bail out companies that have failed. Promote green energy. Extend unemployment benefits so you can collect for four years. And so on.

It all sounds so wonderful and innovative and compassionate. And even better, somebody else is paying for it all. We think.

Now our debt, at over $16 trillion, is bigger than our whole economy -- more than 100 percent of our gross domestic product.

Investment guru Bill Gross, of PIMCO in Newport Beach, Calif., has been writing that the "new normal" for economic growth in the U.S. will be below its historic average.

He cites research by Harvard economists Carmen Reinhart and Ken Rogoff that shows that "for the past 200 years, once a country exceeded 90 percent debt-to-GDP ratio, economic growth slowed by nearly 2 percent for an average duration of nearly a decade."

Part of Obama's proposal to bypass the fiscal cliff is to get rid of the requirement that Congress must approve increases in the debt limit. I wonder why?

It's time for responsible behavior and hard choices. If we can't just cut spending, let the fiscal cliff kick in.