Newtown gives us much to consider

The first political reaction to the Newtown tragedy has been how can we better prevent the mentally ill from injuring others. 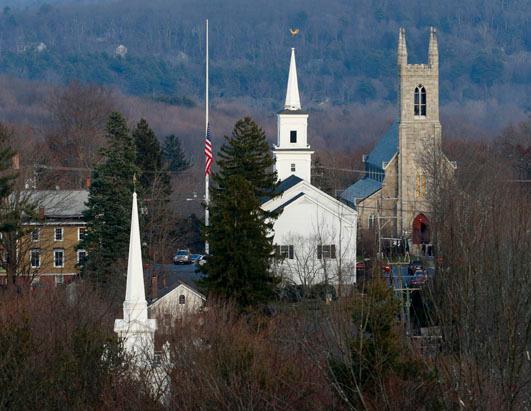 Nothing strikes deeper to the heart than the loss of children. It's one more reason why the horror in Newtown, Conn., has hurt our nation so badly.

I do not believe there is any human suffering like the suffering of a parent who loses a child.

I know it from personal experience. I lost a beautiful, young teenage daughter almost 10 years ago, and the pain never goes away.

When tragedy strikes, we want to do something. It is a natural human instinct that when we suffer, we conclude it is because something is broken and to want to fix it.

But in order to fix it, we need to understand what's broken.

Debate about access to guns and assault weapons is reasonable at this time. But it would layer tragedy on top of tragedy if the only thing we walk away from this incident with is that what may be broken in our nation is our gun laws.

We ought to be asking what connection there might be between the state of mind and behavior of the young man who committed this crime and the home and society in which he lived.

We should use Christmas this year to think about this. Nothing could be more in the spirit of the holiday.

Our popular idea about freedom is that it is about individuals being able to do what they want as long as they don't hurt others.

But the limitation we have in thinking about whether we hurt others is whether there is immediate and obvious physical damage. Hence, the first political reaction to the Newtown tragedy has been how can we better prevent the mentally ill from injuring others.

But what about damage done to others that may not be immediately obvious in the form of physical injury?

What responsibility do we bear for those we call "mentally ill?" How might their mental state and behavior reflect and result from our behavior toward them?

The theme, which seems to have defined this tragic young man's reality, is isolation.

The descriptions we read convey that he was a "nerd," "socially awkward."

If a free society is just a collection of individuals who choose to live together because it is useful to do so, then those whom we do not view as useful we push aside and isolate.

The most vulnerable to this emotional brutality are children -- and often the most sensitive and talented.

We ought to be thinking about the falsehoods we commonly accept so we can wake up and improve.

If we really believe that in a free society pursuit of self-interest does not include behavior that harms others, we should appreciate that a society that equates freedom to moral relativism and meaninglessness does harm others and reject it.

The collateral damage of embracing the half truths and outright lies of moral relativism creates too many problems to sweep under the rug. The damage that is done to the elderly, the unattractive and unskilled, the "socially awkward" and the unborn cannot be fixed by Band-Aid laws that pretend to fix it all.

There is no Band-Aid for the damage caused by not seeing and respecting each individual as unique and sacred, made in the image of their Creator.

The isolation and alienation that results in a society fueled by use rather than unconditional love leads inevitably to tragedy like what we have just witnessed.

This should be this year's Christmas message from Newtown.