What was once understood as religion and tradition is now called bigotry and pushed off the stage. 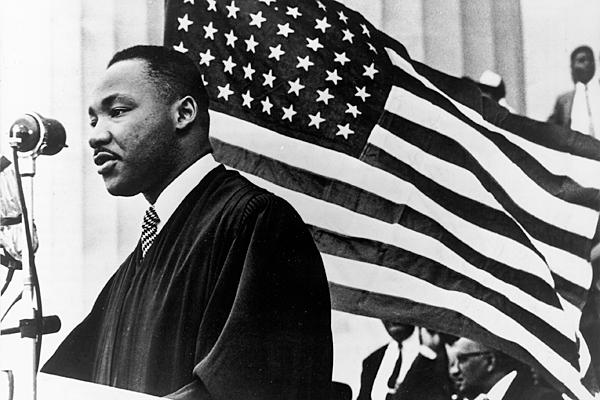 The Rev. Louie Giglio, designated to give the benediction at this year's presidential inauguration, has withdrawn, under apparent pressure, after the surfacing of remarks he made, some 25 years ago, about the sinfulness of homosexuality.

Note that the pastor of the evangelical Passion City Church in Atlanta has been pushed off the stage not because of a deed, but because of words he said -- words expressing a widely held Christian belief that homosexuality is a sin.

Let's recall that freedom of religion appears in the First Amendment of our constitution, alongside the protection of freedom of speech.

So what kind of irony do we have before us that two key aspects of American life, protected by our constitution, are up in smoke and the venue is inauguration of an American president, who will put his hand on a Bible and swear to "preserve, protect and defend the Constitution of the United States"?

Adding more bitter irony, Rick Warren, who gave the benediction at the 2009 inauguration of this same president, America's first black president, recently said that "the battle to preserve religious liberty for all, in all areas of life, will likely become the civil rights movement of this decade."

And in what context did Warren -- pastor of Saddleback Church in Lake Forest, Calif. -- make this observation? In context of the refusal of Hobby Lobby, a firm owned by evangelical Christians, to comply with a new mandate, signed into law by this president, forcing firms, regardless of their religious convictions, to pay for employees' contraception and abortion -inducing pills.

What we have is the ongoing march forward of tyranny in America, a tyranny of the left, in which moral chaos and political power are becoming a new national religion, and what was once understood as religion and tradition is now called bigotry and pushed off the stage.

One wonders if the Rev. Martin Luther King Jr., whose birthday coincides with this second inauguration of America's first black president, would not himself wind up today pushed off the stage because of his Christian convictions.

A hint of how to think about this may be gleaned by visiting the new memorial in Washington, D.C., honoring King.

Visiting the memorial, what immediately struck this black Christian was the complete absence of any hint that King was a Christian pastor, who founded the Southern Christian Leadership Conference and who led a movement animated and inspired by biblical conviction and imagery.

No, the King celebrated at this memorial on the National Mall is a political activist and community organizer. Try to find a hint that this was a pastor, try to find a biblical quote, try to find a reference to God.

Absent is the King who concluded his "I have a dream" speech on the same National Mall pleading for the day "when all of God's children ... will be able to join hands and sing the words of the old Negro spiritual, 'Free at last, free at last, thank God Almighty, we are free at last.' "

In King's famous letter written in 1963 while he was locked in a jail in Birmingham, Ala., he begins with the salutation "My fellow clergymen" and asks, "How does one determine whether a law is just or unjust?" The answer given by King was this: "A just law is a manmade code that squares with the moral law or the law of God."

Would a law such as the one forcing the evangelical Christian owners of Hobby Lobby to pay for contraception and abortion-inducing pills of employees, and exposing them to fines of $1.3 million per day for noncompliance -- qualify as "just" under King's definition?

Would King be ejected from the stage of this president's inaugural if he called this law, produced by this administration, unjust?

Would there even have been a civil rights movement without the Christian values that today's left calls bigotry?