At the National Prayer Breakfast, Ben Carson reminds us that religious ritual devoid of content is pointless and destructive. 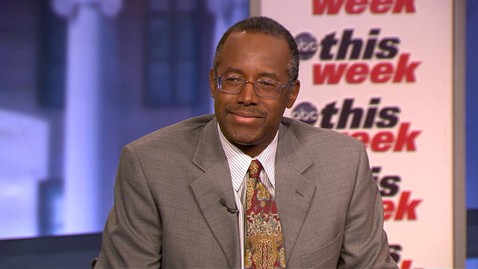 Carson spoke at the National Prayer Breakfast in Washington, D.C., a bipartisan annual event held since 1953, attended by members of Congress and usually the president.

The president and Michelle Obama were present at the Feb. 7 event, and Thomas wrote that Carson was out of line for including in his remarks comments about public policy issues: our national debt, our tax system, our publics schools and health care.

According to Thomas, "Our politics have become so polarized and corrupted that a president of the United States cannot even attend an event devoted to drawing people closer to God and bridge partisan and cultural divides without being lectured about his policies."

Carson is an African-American physician, director of pediatric neurosurgery at the Johns Hopkins Hospital in Baltimore; he rose out of poverty in a ghetto in Detroit. He was awarded the Presidential Medal of Freedom by President George W. Bush in 2008 and is a role model for every American of every background.

I'm proud that he serves on the national advisory board of my organization, CURE -- the Center for Urban Renewal and Education, a nonprofit based in Washington, D.C.

Although Carson did mention these various aspects of how we manage -- or mismanage -- our national affairs, he never once referred to the president or associated his comments on these issues with any political party.

To the extent to which Obama might have taken Carson's remarks as personal criticism, it would only be in the sense of "if the shoe fits, wear it."

To the contrary, Carson began his remarks with citations from Proverbs and Chronicles, tying the issues he spoke about to his broader theme of our nation's moral crisis today. He talked about the moral decay of ancient Romans and how "they destroyed themselves from within."

He then expressed optimism that Americans would be able to solve our problems because "we are smart" and that "we have some of the most intellectually gifted people leading our nation."

No, if Obama was offended by Carson's penetrating remarks, it was because the president had to be the one losing perspective on the event's moral tone and Carson's observations.

What seems to offend Thomas is that Carson has not fallen victim to the Washington disease that Thomas himself seems to have contracted as a result of too many years in our nation's capital.

Carson noted the vital importance of freedom of expression in America and how "political correctness keeps people from talking about important issues while the fabric of the society is being changed." He warned that, "We can't fall for this trick."

What, after all, is the point of a National Prayer Breakfast, "devoted to drawing people closer to God," if the core issue now dividing us is whether we are indeed a "nation under God" and whether this means that His Word, as revealed in Scripture, is even relevant to our national life and how we conduct our affairs?

This Word has already been banished from our public schools and increasingly from all our public spaces. Now, apparently, it's even off limits at the National Prayer Breakfast.

If anything, Carson was forgiving to not mention our president's support of the moral disaster of abortion, legal under any circumstances and responsible for a reported 55 million murdered unborn children since the 1973 Roe v. Wade decision. Nor did he mention our president's endorsement of same-sex marriage and today's collapse of the American family.

The prophet Isaiah admonished, "To what purpose is the multitude of your sacrifices to me? says the Lord. ...Even when you make many prayers, I will not hear: your hands are full of blood.... Cease to do evil, learn to do good. "

Religious ritual devoid of content is pointless and destructive. This was Isaiah's message 2,800 years ago.

This is Dr. Ben Carson's critical message for America today. It's certainly nothing to apologize about.