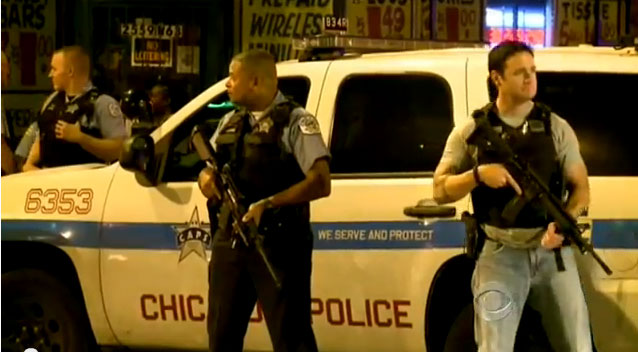 My organization, CURE -- the Center for Urban Renewal and Education -- recently sponsored a press conference at the National Press Club in Washington to bring attention to the importance of rigorously defending the right of all Americans, guaranteed under the Second Amendment of our Constitution, to own a gun.

Our event provided a forum for black leaders -- from the world of politics and public policy in Washington, from the business community, from academia, and from the clergy -- to express their deep concern about current efforts to limit our God-given and constitutional individual right of self-defense.

Why would an organization like CURE, whose mission focuses on the relevance of American values of faith and freedom to minorities, be so concerned about guns?

Because, as conservative black Americans, we know that the soul of America is kept alive with the free flow of the oxygen of freedom. And we know that when that flow is interrupted in any way, the group that suffers first and most are blacks.

New gun control initiatives coming from our president and from Democrats in Congress to respond to a highly publicized tragedy by wanting to expand the power of government and limit the freedom of citizens comes as no surprise.

There is no problem facing America today that liberals do not believe should be solved by more government and less freedom. And liberals are consistent and predictable in their indifference to facts and experience that show whenever they do succeed in growing government and limiting freedom, they make matters worse, not better.

As John Lott, former chief economist of the U.S. Sentencing Commission, recently wrote in the Wall Street Journal, "With just a single exception, the attack in Tucson last year, every public shooting in the U.S. in which three or more people have been killed since at least 1950 has occurred in a place where people are not allowed to carry their own firearms."

Regarding black reality, blacks are the least armed, least protected and defended, and the most assaulted citizens in our country.

According to a recent Pew Research Center survey, 42 percent of whites and 16 percent of blacks say that they have a pistol or rifle at home.

Law-abiding black citizens live under siege in crime-ridden urban centers. Somehow, they are supposed to buy the logic that they'll be better off if more power is given to those in law enforcement (who already are charged with maintaining order, but don't), while freedoms are stripped from those who obey the law.

In a Pew Research Center survey in 2009, 46 percent of whites compared to 24 percent of blacks said they had a "great deal" of confidence in their local police to enforce the law.

Can anyone whom God has blessed with a brain actually think that universal background checks will keep guns out of the hands of gang thugs? Or that these same checks, in which some past legal infraction might nullify a gun application, will not result in even fewer urban law-abiding blacks obtaining a weapon for protection?

Perhaps even worse than another make-pretend big-government "answer" that not only will not solve a problem but will make it worse: Gun control initiatives mask the issues that really need attention.

Those include: a culture that devalues personal responsibility, that fosters government dependence, that trashes traditional understanding of sex, marriage and family, and that bans these traditional values from our public schools and our public life.

Americans of all backgrounds must fight yet another misguided liberal attempt to undermine our personal freedom and sap the vitality of our nation.