Medicaid is a pure welfare program. 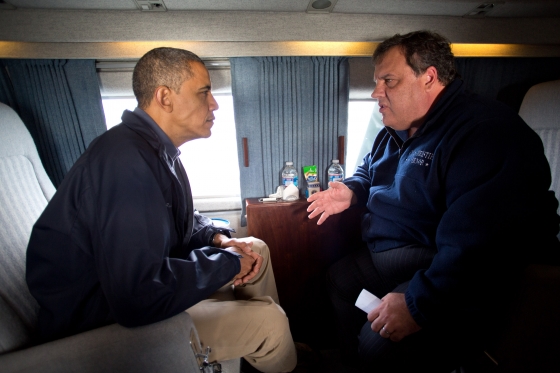 New Jersey's Chris Christie has become the eighth Republican governor to agree to expand Medicaid coverage in his state under the provisions of the Affordable Care Act.

Is the last line of Republican resistance to "Obamacare" disintegrating?

In 2011, 26 states joined a lawsuit challenging the constitutionality of the Obamacare provision that would have forced them to expand Medicaid coverage as a condition of continued participation in the federal program.

The Supreme Court ruled in their favor last year, negating the mandatory requirement, so it is now voluntary for states to expand Medicaid coverage.

The Congressional Budget Office still estimates that expanded Medicaid coverage, though now voluntary rather than mandated on states, will contribute about a third of the reduction in the number of uninsured Americans brought about by Obamacare by 2022.

But one by one, Republican governors like Christie, and just before him Florida's Rick Scott, are playing ball.

Christie was graphically honest in describing the perverse dynamics going on.

By expanding the qualifying conditions for Medicaid, Obamacare opens the door, according to the Congressional Budget Office's latest estimate, to adding another 11 million people to the almost 68 million Americans already in the program.

The costs of those 68 million are paid for by a combination of state and federal funds. However, as incentive to bring in the additional 11 million, the federal government is paying 100 percent of the costs for the first three years.

Christie and seven other Republican governors are agreeing to take the bait.

And Christie says, clear as a bell, that he is doing so even though he knows he is strengthening a program that is bad for his country.

Assume that Christie's assessment is correct. Multiply by 50, and we can have 50 states agreeing to take a bribe to strengthen and advance a program that will hurt the country.

One, there is no clear institutional responsibility. The program has grown through funding from both state and the federal government. Anyone who has ever run an organization knows that absence of clear responsibility produces bad results.

Medicaid spending has grown from 0.5 percent of GDP in 1970 to 2.7 percent of GDP in 2010. According to Medicaid's chief actuary, "From program inception, the cost of Medicaid has generally increased at a significantly faster pace than the U.S. economy."

And there is no individual responsibility. Medicaid is a pure welfare program. Participants have 100 percent of their costs covered by the government. And once you have qualified, there is no time limit. There are no incentives to behave and spend efficiently.

The only direction of Medicaid is to spend more and more money less and less well.

Delivering health care to low-income Americans is a real challenge. But to keep America great, we need to behave intelligently as well as compassionately. If we are going to subsidize health care for the poor, it should be through some kind of voucher to buy insurance -- not through welfare.

Meanwhile, the evil geniuses in Washington have devised a way to get even Republican governors to buy into a welfare program they know can only hurt our nation.