I saw a once-barren land -- a land once described by Mark Twain as "a desolate country ... a silent and mournful expanse" -- now fruitful and ripe. 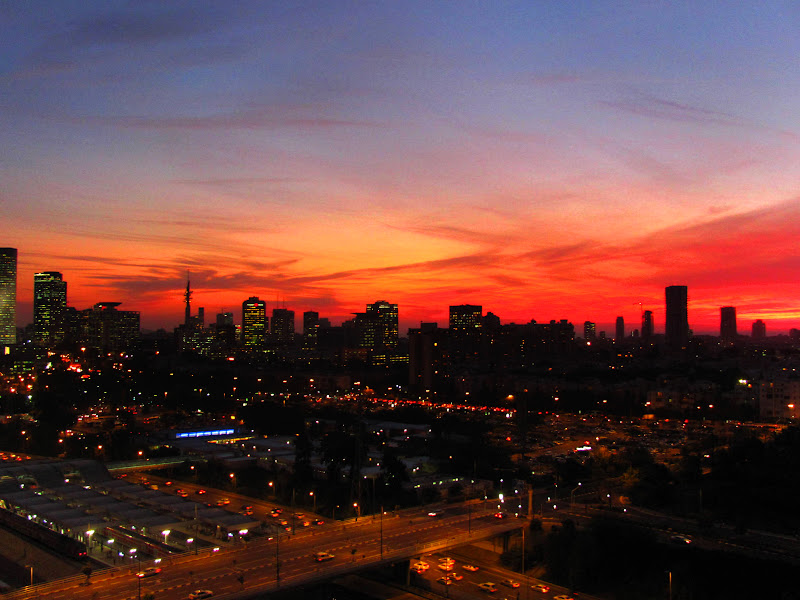 As Barack Obama prepares for his first trip to Israel as president, I hope when he gets there he sees what I saw.

Several weeks ago, I returned from my first trip to Israel. I went with a delegation headed by former Arkansas Gov. Mike Huckabee, who visits Israel at least once every year.

What did I see?

I saw kids, no more than 18 years old, walking down the street, waiting at bus stops, wearing army-green khakis and carrying machine guns on their backs. One young girl was as black-skinned as me.

The kids were doing their compulsory army service as part of Israel's citizen army. Three years for boys, two years for girls. No university deferment. First high school, then army, then university.

I also saw Masada. The fortress at the top of a mountain rises high above the Judean Desert, where almost 2,000 years ago a contingent of Jewish zealots, having fled Jerusalem after the fall of the second Temple, took their own lives rather than surrender to the Roman troops closing in on them.

New recruits into Israel's army, the Israel Defense Forces, climb the long, winding path to the mountaintop fortress and vow to not let Masada fall again.

I also saw Israel's Holocaust Museum, Yad Vashem -- the name taken from a verse in Isaiah, "... I will give in mine house and my walls a place and a name ... an everlasting name which shall not be cut off" -- that documents the horrors out of which the state of Israel emerged.

I walked through the halls of deep mourning and saw the displays, the photos, the books and papers documenting the unimaginable: the intentional slaughter of 6 million Jews, a third of the world's Jewish population, done less then three-quarters of a century ago and perpetrated by a German nation that was home to some of the foremost scientists, writers and philosophers of modern times.

My thoughts turned with agony back to my own home in America, where the lives of 55 million unborn children have been taken since 1973.

I saw the prime minister of Israel take 40 minutes out of his busy day, in the midst of trying to form a new government in this boisterous democracy, to welcome our small group into his office in the parliament building and take our questions. He even took one from me, which he answered at length and with care.

I saw a once-barren land -- a land once described by Mark Twain as "a desolate country ... a silent and mournful expanse" -- now fruitful and ripe. Everything the Israelis have touched seems to have come alive and then some.

I saw the great hope of my Scriptures come alive right before my eyes, and I was left exuberant and confident that the God of truth and justice is still speaking today.

Yes, I pray that when the president of the United States lands in Israel for his first time since he was a senator, that he sees what I saw.