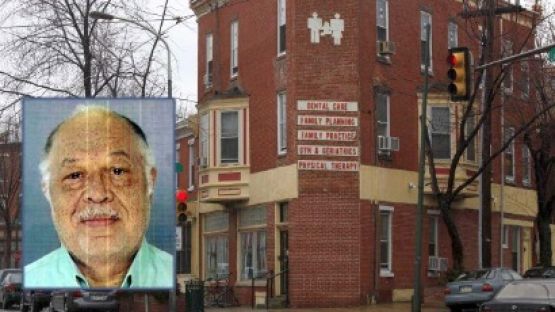 Kirsten Powers has done a national service, by virtue of her now-famous USA Today column, in getting the trial of abortion doctor Kermit Gosnell on the national radar screen.

This, of course, is the horror story of a cesspool in Philadelphia posturing as an abortion clinic, operating without inspection for 17 years. Gosnell, the doctor who ran the place, is formally charged with murdering one woman and seven infants.

However, the grand jury report and testimony of family and staff at the trial indicate that if there were records in this dump, where life and death were meted out daily, Gosnell would be indicted for hundreds of murders of live children.

Most likely, and sadly, this horror story will have its 15 minutes of fame and the nation will move on. The national press got dragged unwillingly to report it, finally, because of Powers' courageous column. But there is no way to keep it on a story it doesn't don't want to cover.

Maybe we can keep this story alive by keeping in mind a few things.

What was happening in Gosnell's Women's Medical Society clinic was not some bizarre exception to the rule.

You can ask Day Gardner, director of the Black Pro-life Union. Her life is dedicated to covering these realities. In her words: "This is not an exception. These realities are happening every day all over our country."

Despite the sense that no one was paying attention to the Gosnell story before Powers wrote about it, know that Gardner, Alveda King and other pro-life activists were demonstrating outside Gosnell's clinic as early as February 2011.

They held a press conference about the trial on April 4, a week before Powers' column appeared. King wrote in her blog the day before that "...Rev. Clenard Childress and Dr. Day Gardner...are in Philadelphia reporting on the Kermit Gosnell trial that the mainstream media is virtually ignoring."

Just this week, The Washington Times reported that Gosnell-like conditions have existed at a Planned Parenthood abortion clinic in Vice President Joe Biden's own backyard in Delaware.

The Times reports, "Abortions have been suspended at a Delaware Planned Parenthood, after several 911 calls made from within the clinic prompted a new investigation by Health and Human Services."

Two nurses quit to protect their licenses, one saying, "I couldn't tell you how ridiculously unsafe it was."

According to the story, "Since Jan. 4, five patients have been rushed to the emergency room."

Last year, pro-life activists worked assiduously to get press attention on the death of 24-year-old Tonya Reaves, who died after a botched abortion procedure at a Chicago Planned Parenthood clinic.

These realities persist for two reasons.

One, we still as a nation are willing to tolerate the reality of abortion. We still allow ourselves to believe that Gosnell should be convicted of murder because he botched an abortion, the live child was born, and he still destroyed it. But that somehow it would have been okay if that same child died while still in the womb.

And two, the squalid conditions allowing this butchery to take place all over the nation persist for the same reason that the Gosnell trial almost went uncovered. The press does not want to report about the gruesome truths of abortion. And, because it occurs disproportionately among low income, minority women, it has even less interested.

We can, at minimum, do something as a nation today. We can stop allowing our tax dollars to fund the nation's largest abortion provider, Planned Parenthood.