Black Americans are bearing the brunt of the cost of a nation that has lost its moral rudder as a result of wantonly legal and available abortion. 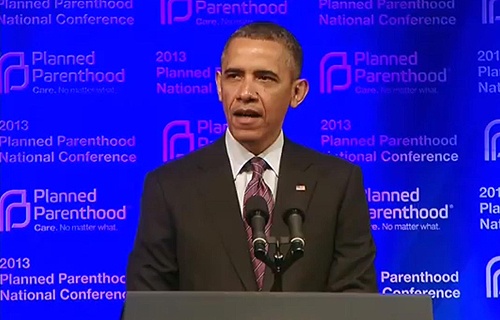 "Choice" then was about slavery, not abortion.

Douglas had sponsored the Kansas-Nebraska Act, which repealed the Missouri Compromise of 1820 and addressed the sticky question of slavery in new territories entering the union. The Kansas-Nebraska Act resolved this by "choice:" Residents would vote to decide if slavery would be legal in their territory.

Lincoln, morally opposed to slavery, challenged Douglas's "pro-choice" position. According to Douglas, said Lincoln, "the principle of the Nebraska bill was very old; that it originated when God made man and placed good and evil before him, allowing him to choose for himself, being responsible for the choice he should make."

No, said Lincoln. "God did not place good and evil before man, telling him to make his choice. On the contrary, he did tell him there was one tree, of the fruit of which he should not eat, upon pain of certain death."

Our constitution, conveyed by the nation's founders 65 years before Lincoln spoke those words, circumvented the question of slavery, permitting the great paradox of a nation founded on the ideals of freedom, which allowed slavery.

The struggle for racial justice in America -- whether fighting slavery or fighting for civil rights -- has always been informed by absolute standards of right and wrong, of good and evil, which transcend even the cleverest human mind. Black history is testimony to where we wind up when those standards get lost.

Yet, once again, those standards have gotten lost. And, once again, black Americans are bearing the brunt of the cost of a nation that has lost its moral rudder as a result of wantonly legal and available abortion.

According to the federal Centers for Disease Control and Prevention, blacks accounted for 35.4 percent of abortions performed in 2009, despite representing, according to the 2010 census, just 13.6 percent of the U.S. population.

Let's not be deluded that this is an accident.

Analysis of 2010 census data by an initiative called Protecting Black Life shows that 79 percent of Planned Parenthood abortion clinics are located within walking distance of minority neighborhoods: 62 percent within two miles of primarily black neighborhoods and 64 percent of Hispanic/Latino neighborhoods.

Before the Civil War, there were church-going Americans who rationalized slavery by contending that blacks were less than human. This view was legally formalized in the U.S. Supreme Court's infamous Dred Scott decision in 1857. Scott, an African-American slave who had lived in the free state of Illinois and the freed territory of Wisconsin before being returned to Missouri, had unsuccessfully appealed to the court to grant his freedom.

It is not surprising that Douglas supported the decision.

In 1957, Mike Wallace interviewed Planned Parenthood founder Margaret Sanger and asked if she believed in sin.

Sanger, whose racist and eugenicist views are well documented, replied: "I believe the biggest sin in the world is parents bringing children into the world that have disease from their parents that have no chance in the world to be a human being practically. Delinquents, prisoners, all sorts of things just marked when they are born."

It is a sign of these dismally confused times that it was our first black president, Barack Obama, who last week became the first sitting American president to address Planned Parenthood.

In his address, the president did not use the word "abortion" once, nor was there a single reference to the current trial and murder charges against Philadelphia abortion doctor Kermit Gosnell.

You'd think he was addressing the Ronald McDonald House, not an organization that provided 333,964 abortions last year, disproportionately on black women.

Black unemployment and poverty rates are almost double the national averages. I suppose Planned Parenthood -- with support from our president and $542 million in taxpayer funds -- feels it is doing its part to solve this problem.