Mark Sanford, welcome back to Washington

The irony does not drip but pours forth like a tsunami when liberals start talking about morality and ethics. 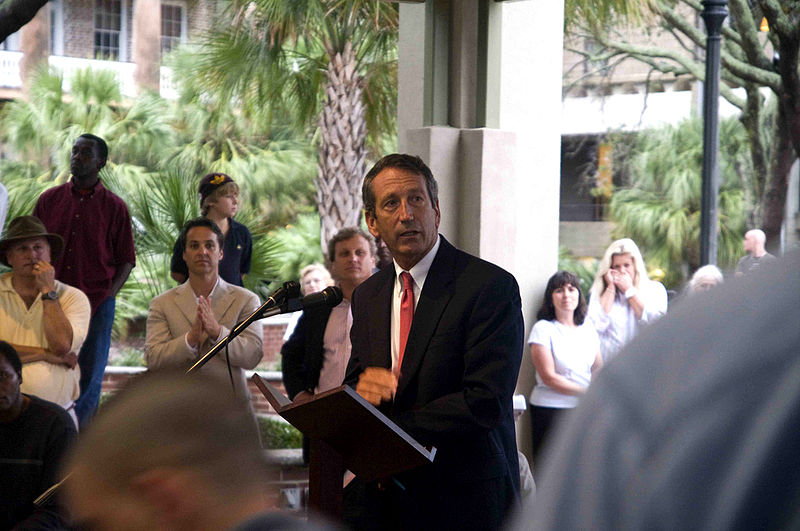 Put me down as happy to see former South Carolina Gov. Mark Sanford coming back to Washington. He handily defeated Elizabeth Colbert Busch in Tuesday's special election for a House seat he himself once held.

I hope he brings his piglets with him.

Once as governor, Sanford showed up at the statehouse in Columbia with two piglets -- one named "pork" and one named "barrel" -- to protest the Legislature's quick move to reject his proposed budget that included large spending cuts.

It's this kind of flair that has characterized Sanford's political career, both his six years in Congress and eight as governor.

He has always been a consistent, principled and courageous conservative. And he has always done it with showmanship and clarity that gets the points across to voters.

He displayed this showmanship in this campaign of redemption, in which he was combatting not just his opponent, but also his deeply tarnished image as result of serious ethical transgressions during his second term as governor.

The story is well known. While governor, Sanford conducted an adulterous affair, disappeared to visit the woman in Argentina, lied about his whereabouts and misused state funds in making the trip.

He survived to serve out his second term as governor, but departed as what seemed to be permanently damaged political goods.

But in the campaign against Colbert Busch, Sanford propped up and debated a life-size poster of former House Speaker Nancy Pelosi, D-Calif., and reminded voters that this was about the left-wing Democratic establishment that has taken control of Washington and changed the course of the nation.

Sanford appealed to voters to look past his personal transgressions, about which he has been upfront and apologetic, and to look to his impeccable conservative credentials and his political experience to do battle in Washington.

Those personal transgressions have, of course, been raw meat for those on the left.

According to Alixandria Lapp, executive director the House Majority PAC, which poured some $450,000 into ads and mail against Sanford, "The House Republican caucus has added yet another ethically challenged embarrassment who will be an albatross around the neck of every Republican forced to answer for Sanford's embarrassing and reckless behavior."

The irony does not drip but pours forth like a tsunami when liberals start talking about morality and ethics.

A few weeks ago, Washington Wizards basketball player Jason Collins announced that he is gay. This was an event of such apparent import that he received a congratulatory phone call from the leader of the Democrat Party, President Barack Obama, and an official tweet from first lady Michelle. Both expressed their pride and joy about Collins' courageous coming out.

The plight of Carolyn Moos, the woman with whom Collins was living for eight years and to whom he once was engaged, was apparently of no interest to the Obamas, despite the president's supposed great concern for women's affairs, nor was the deceptive life that Collins lived with her.

Moos, 34, expressed distress at eight wasted prime years with Collins. She said that she never had a hint that Collins was gay and living a double life, and that she actually believed marriage and children were in the cards for them.

Perhaps if Sanford's adultery was a gay affair, liberals would be more understanding.

When the National Republican Congressional Committee pulled its support from Sanford's race following the news that he trespassed in the home of his former wife (to watch the Super Bowl with his son), support came in from both FreedomWorks PAC and the National Right to Life PAC.

A seasoned, principled and exciting conservative politician and leader is exactly what Republicans need today.

Welcome back to Washington, Mark Sanford.