Liberals use any crisis for their ongoing agenda to expand government control over our lives. 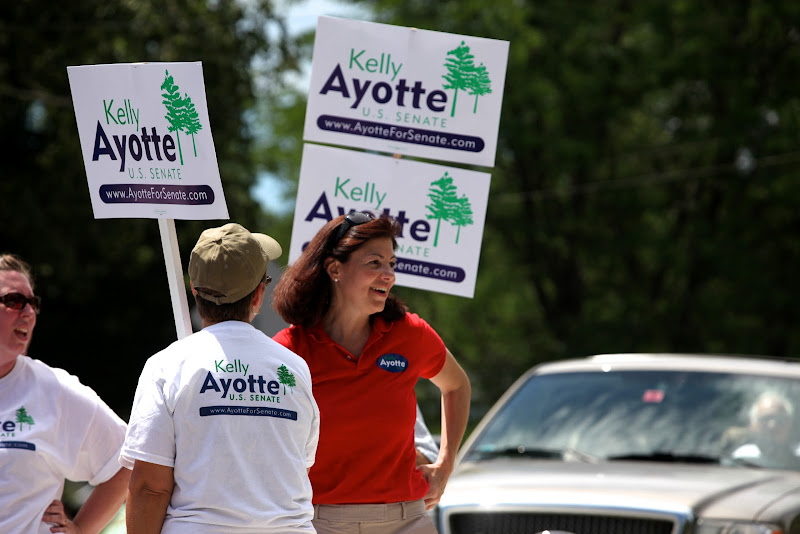 We ought to get perspective on the real nature of the most recent push on gun control initiated by the White House.

This is classic bait-and-switch politics, characterized by what Rahm Emanuel, current Chicago mayor and former Obama chief of staff, once called "never let a crisis go to waste."

That is, never forgo an opportunity to exploit the emotions produced by a crisis or tragedy to further a pre-existing political agenda.

This has been sadly and transparently the case with this latest round of gun-control politics.

One target of convenience in this round of "never let a crisis go to waste" is New Hampshire Republican Sen. Kelly Ayotte.

She sticks in the craw of the left because real conservatives are not supposed to get elected in New England. But Ayotte -- the lone Republican in New Hampshire's four-member congressional delegation, elected to replace Republican Judd Gregg upon his January 2012 retirement --- definitely is a conservative.

She was a tough-on-crime prosecutor in New Hampshire and is staunchly pro-life.

As New Hampshire's attorney general, she appealed to the Supreme Court a decision that had found the state's abortion parental notification law unconstitutional. She personally argued the case -- despite opposition from New Hampshire's then-Democratic governor, John Lynch.

Ayotte is a staunch supporter of traditional marriage, traditional values and limited government.

In a state that went for Barack Obama in 2012 and has been in the Democrat column in five of six of the last presidential elections, it is no surprise that Democrats have drawn a target on the back of a conservative like Ayotte.

Liberals have launched a political barrage, attacking Ayotte for voting against the Manchin-Toomey bill, which would have expanded background checks on gun purchases. The bill fell six votes short of the 60 needed to move forward in the Senate.

Manchin-Toomey was problematic for a number of reasons, one of which was weakness in its supposed provision against setting up a national gun registry.

Ayotte supported an alternative measure sponsored by Sen. Chuck Grassley, R-Iowa, and she has sponsored legislation that focuses on the mental health aspects of gun violence.

The real issue here -- and why Ayotte and others who have opposed rote expansion of current gun control law should be viewed as heroes -- is bait-and-switch.

The tragic Sandy Hook murders that provoked these new initiatives to expand gun control never would have been stopped by anything being proposed.

No background check can stop a kid from taking a gun from his mother's lawfully owned gun collection, as happened in this case.

Further, as I have written before, criminals will find ways to either get guns they want or commit their crimes some other way. So any perceived benefit from giving up any Second Amendment protections to arm and defend ourselves is not justified by the costs incurred.

But those pushing new controls could care less, because this is about "never let a crisis go to waste." It's not about carefully thinking through whether we will wind up freer or safer.

It's about liberals using this crisis for their ongoing agenda to expand government control over our lives.

A good chunk of the resources financing the onslaught of ads and protests against Ayotte comes from out of state -- from the pocketbook of New York Democrat Mayor Michael Bloomberg. His net worth, according to Forbes magazine, is $27 billion.

Bloomberg might consider tending to his own city, the nation's abortion capital, where 40 percent of pregnancies end in abortion -- almost twice the national rate.

In a state that prizes individual liberty -- and whose motto is "live free or die" -- Kelly Ayotte is a hero for courageously standing her ground despite the well-financed liberal onslaught.