A 2011 Gallup poll showed that whereas 39 percent of whites say they are "very religious," 53 percent of blacks do. 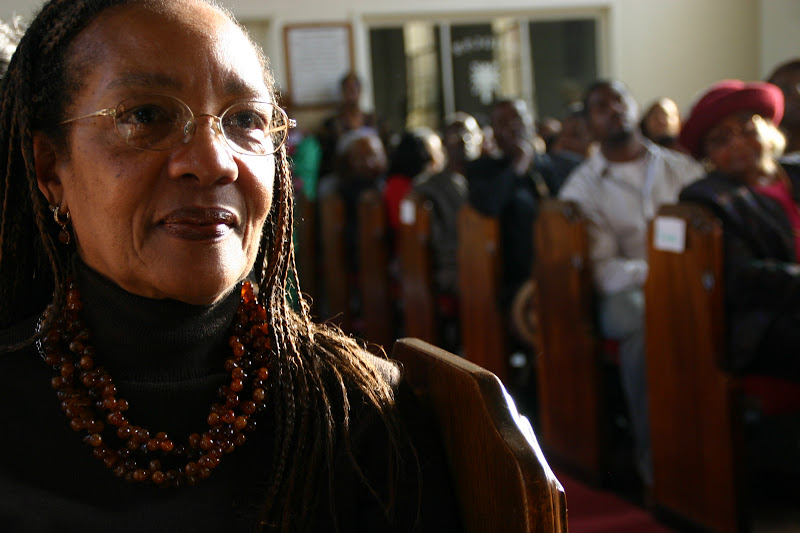 Anyone who doubts that the Republican Party can attract black voters need only look south to Louisiana.

During @Large -- a conference in Baton Rouge in May aimed at attracting black conservatives -- a black Democrat in the Louisiana Legislature, Elbert Guillory, announced that he was switching political parties and becoming a Republican.

The mystery is why this is not happening more often.

I'm asked all the time why -- when it is so clear that blacks are damaged by the left-wing political agenda -- black voters so uniformly and consistently support Democratic candidates who advance this agenda.

My answer is that Republicans need to start acting more like the businesspeople they claim to be.

Any business leader who is convinced that his or her product is the best does not blame customers if they are not buying it. The leader doubles down on efforts to understand these potential customers better and how to sell to them.

There needs to be more appreciation of differences in the black population.

A 2011 Gallup poll showed that whereas 39 percent of whites say they are "very religious," 53 percent of blacks do. Many of these "very religious" blacks are conservative and very different from blacks on the left who identify with the NAACP.

The @Large conference, where I was a speaker, was hosted by Pastor C.L. Bryant. In the new film, "Runaway Slave," he tells his own story about leaving the left-wing black establishment.

Bryant was president of the NAACP chapter in Garland, Texas. But his relationship with the NAACP soured when he refused to speak at a Planned Parenthood pro-abortion event.

His eyes began to open and see that his traditional Christian values -- protecting the unborn, promoting traditional family, individual freedom and dignity -- were out of whack with the political agenda blacks were automatically signing onto.

Guillory is the first black Republican in the Louisiana state legislature since Reconstruction. Listen to him to understand why a conservative black leaves the Democrat Party.

He called the Democrats "the party of disappointment" and expressed disillusionment with Democrat policies on abortion, gun control, education and immigration.

Democrats "have moved away from the traditional values of most Americans," he said. "Their policies have encouraged high teen birth rates, high high-school dropout rates, high incarceration rates and very high unemployment rates."

Or listen to now-Republican councilman Washington:

"The value system I was raised up with, it really doesn't side with the Democrats. ... Some of the things I see happening today, with the entitlement programs, we have to change. We can't continue doing the things we are doing and survive."

Everyone understands that black American history is unique and complicated.

But wallowing in the past is never an answer to anyone's personal challenges.

The challenge is clarifying right from wrong and acting accordingly going forward.

It has always seemed pretty clear to me that traditional values and personal freedom and responsibility must be the agenda moving forward for every American of every background.

Black Americans, like every other American, need fewer taxes taken out of their paycheck, need to be able to choose where to send their child to school, need to be able to freely pick a health care plan that suits their needs, and need to save for retirement instead of paying payroll taxes.

You can't sum it up any better than what Guillory and Ralph Washington have said. There are many, many Guillorys and Washingtons out there in black America.

We need more efforts like the @Large conference to reach them.