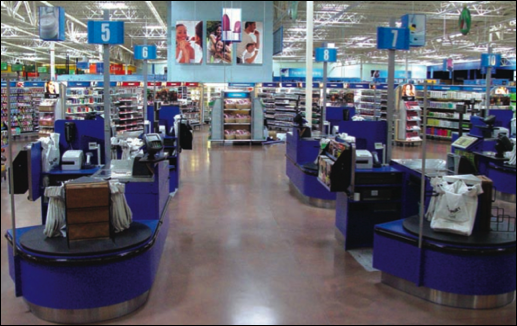 Why, when capitalism has created wealth and eradicated poverty, do left-wing politicians hate it so much? After all, it's supposed to be the left that cares about the poor.

The latest chapter in this ongoing saga of economic perversity is playing out in Washington, D.C., as the district attempts to prevent Wal-Mart Stores Inc. from opening outlets there.

The district's city council has passed a bill, awaiting signature of Mayor Vincent Gray, specifically targeted to block the company. It raises the district's minimum wage to $12.50 per hour only for stores with more than $1 billion in sales and store size of more the 75,000 square feet.

Unionized stores in the district with these characteristics are exempt. In other words, the bill protects special interests and blocks entities politicos don't want: Walmart stores.

The company promptly announced that if the mayor signs the bill into law, it will cancel plans to open three of six planned stores, each of which would create around 300 new jobs.

The chain's "low prices every day" business strategy is one of the greatest success stories in American history. Since opening its first store in 1962, the company has grown exponentially. Today, it has sales of almost a half-trillion dollars, putting it first on the Fortune 500 list for highest revenue.

According to corporate officials, the company has more 10,000 stores around the world, employs 2.2 million people and serves 200 million customers per week.

This mind-boggling growth happened as a result of freedom. The chain's huge success is the result of delivering products that people freely choose to buy.

Critics claim that the company doesn't pay enough. The company responds that its pay is at or above the industry average.

But the real issue is: Why is what the company pays the business of politicians? Unlike government -- that fines you or jails you if you don't do what lawmakers want -- people work at Walmarts because they choose to do so.

It doesn't appear to me that the chain has trouble convincing people to work there.

Some claim that big discount stores displace small businesses. This is a claim. There is no definitive study that proves this claim.

One thing I particularly appreciate about Walmart, where I certainly shop, is the greeters. They are often disabled and other difficult-to-employ individuals. The company gives them a chance to work.

American success is about the miracle of freedom. When freedom is displaced by political power, everyone suffers. In this case in Washington, D.C., where politicians are blocking Walmart, those who will suffer the most are the poor.