Americans may have different opinions about what is wrong with the country. But there is plenty of agreement that the patient is sick. 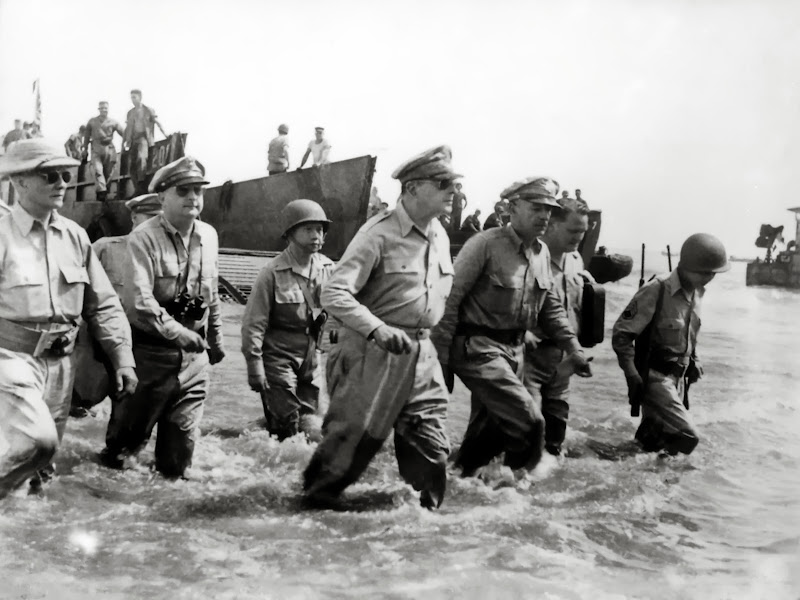 Americans may have different opinions about what is wrong with the country. But there is plenty of agreement that the patient is sick.A number of years ago, I was between flights on a business trip and was sitting in an airport restaurant having lunch. It was right after the 2008 presidential election and I knew that the election of America's first black president, a man of the hard left, would make my job bringing a conservative message to black communities much more challenging and difficult.

As I ate my sandwich, I glanced at the wall and saw a sign with a quote from Gen. Douglas MacArthur. It said, "We are not retreating -- we are advancing in another direction."

I was immediately energized by this quote from the old general. It was exactly what I needed at the moment. It totally captured my state of mind. Perhaps my mission needed a change in tactics, but certainly there was no change in commitment and objectives.

There is no smooth sailing in any tough mission. Setbacks are always part of the game. But if you are committed and right, setbacks are opportunities to regroup and improve.

Those who think that the current deal to temporarily fund the government and open the door to yet even more government borrowing amounts to some kind of defeat for tea party Republicans need to think again.

The tea party is in for the long haul. One skirmish may be lost, but the war continues.

A recent Gallup poll shows 18 percent of Americans satisfied with the way the country is being governed. For a little perspective, this stood at 26 percent in mid-1973 in the midst of the Watergate scandal that led to the resignation of the president of the United States.

Early in 2009, shortly after President Barack Obama was elected, 56 percent expressed satisfaction with our government. It's just been downhill since then.

According to a new Economist/YouGov poll, 15 percent say the country is going in the right direction and 74 percent say it is on the wrong track.

Americans may have different opinions about what is wrong with the country. But there is plenty of agreement that the patient is sick.

And regarding our debt, here's the Congressional Budget Office from its most recent outlook report: "Federal debt held by the general public is now about 73 percent of the economy's annual output. ... That percentage is higher than at any point in U.S. history, except a brief period around World War II, and it is twice the percentage at the end of 2007."

Why is it a national disaster when some 400,000 non-essential government workers get furloughed for a couple weeks, with pay, paid with our tax dollars, when the vast mismanagement in government and of our national budget has sidelined millions in the private sector?

According to the Bureau of Labor Statistics, as of August, there were 4.3 million long-term unemployed -- those unemployed more than 27 weeks. This constituted almost 38 percent of all unemployed Americans.

Let's also not overlook the warning in this year's trustees report of Social Security and Medicare: "Neither Medicare nor Social Security can sustain projected long-run programs in full under currently scheduled financing, and legislative changes are necessary to avoid disruptive consequences for taxpayers and beneficiaries."

The country is sick, folks.

Per Rep. Paul Ryan, R-Wis., regarding this latest deal: "Today's legislation won't help us reduce our fast-growing debt -- we're kicking the can down the road."

The tea party is not going away. Fortunately, we have brave patriots who care more about our country's future than they care about the chitchat on editorial pages and talk shows.

We're not retreating -- we're advancing in a different direction.