The Republican Party still has not learned lessons necessary to reverse setbacks of recent years. 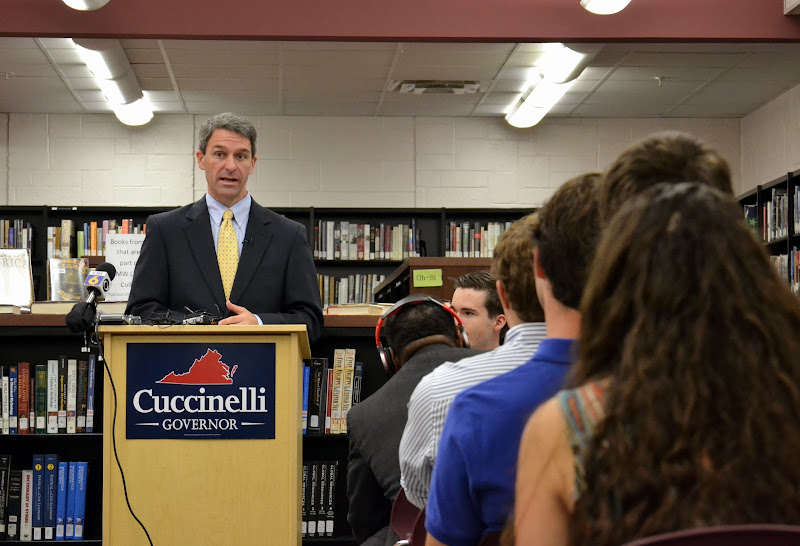 Politics is in the eye of the beholder.

Post-mortems about the Virginia gubernatorial race are gushing forth about why Republican Ken Cuccinelli lost to Democrat Terry McAuliffe, a business-as-usual political retread from the Clinton crowd. They tell us more about who produces this punditry than about the reality of the situation.

We're hearing that tea party activists killed Cuccinelli's candidacy with the government shutdown (according to The Wall Street Journal editorial page, they "stabbed him in the back") and that, once again, a socially conservative Republican candidate has shown he can't win women's votes.

What I see is very different. What I see is a Republican Party that still has not learned lessons necessary to reverse setbacks of recent years.

It was not the tea party that stabbed Cuccinelli in the back but establishment members of his own party. Once a real conservative candidate gets nominated, party leaders lose interest. Then they hold back funds, thus ensuring their own prediction that this candidate can't win.

Cuccinelli lagged in total funding by $14 million. In the campaign's early months, he was brutally attacked in ads that went unanswered because of lack of funding.

Last month's 16-day government shutdown, led by hardline conservatives, supposedly had a disproportionate negative impact on Cuccinelli because so many Northern Virginians work for the federal government. But he was well behind in the polls for months before the shutdown -- again, largely because of unanswered attack ads.

Members of the Republican establishment can't seem to grasp that they would have helped their cause by embracing efforts to defund "Obamacare" led by tea party activists Ted Cruz and Mike Lee.

Each day, Americans see more clearly what a disaster the Affordable Care Act has created with its health-insurance exchanges. If Republican leadership would have unified clearly around the efforts of Cruz and Lee, and shown Americans a clear picture of Republican commitment to slay the Obamacare monster, it would have helped the party and Cuccinelli.

It's also clear that Republicans still haven't gotten the message about race and the country's changing demographics.

When Barack Obama won the presidency in 2012, with just 38 percent of the white vote, Republicans supposedly learned something.

Those lessons appear to have been lost in Virginia.

In Virginia, blacks account for nearly 20 percent of the population -- much higher than the national average of 13 percent. McAuliffe got 90 percent of the black vote, as did Creigh Deeds, the Democratic candidate for Virginia governor in 2009.

But in this election, blacks constituted 20 percent of the overall vote, up from 16 percent in 2009. So the impact of the black vote grew by four points. That increase in the black vote as a percentage of the total could have made the difference, given that Cuccinelli lost by 2.5 points.

The Republican candidate for lieutenant governor was a no-nonsense black pastor, E.W. Jackson, a graduate of Harvard Law School.

This would have been a classic opportunity for the Republican Party to aggressively visit black churches, talk about the conservative religious values that these black Americans care about so dearly, and explain the deep damage that welfare-state policies and secular humanism embraced by Democrats has done in black communities. Where were they?

Then there's the claim that conservative candidates can't attract women. Not true. It's not about gender but about marriage.

Republicans have lost in recent years not because they've been too bold or too conservative. They've failed because of a lack of clarity, conviction and courage.

Ken Cuccinelli's defeat in Virginia is not an encouraging sign that Republicans have learned their lessons.