The dishonest selling of Obamacare

Obamacare was never primarily about getting the best, most affordable health care to Americans. 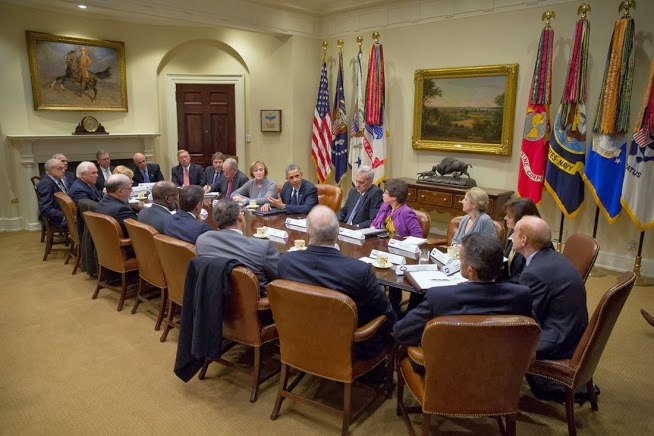 As we experience more of the unpleasant realities of the Affordable Care Act, Americans are questioning, finally, the forthrightness and honesty of their president in his selling of this law.

As millions of individual health insurance policies are cancelled, it is transparent that the president distorted the truth when he told Americans, "if you like your plan you can keep it."

But misrepresentation goes beyond how a particular feature of the law was sold. It also applies to the selling of what this whole law was supposed to be about.

In a recent appearance at a synagogue in Dallas, President Obama summed up the supposed motivation in putting so much of the energy of his new administration behind passing this health care law. The bottom line, according to the president, was about making sure "that everybody had affordable, quality health care."

Who, of any political stripe, would question the merits of this goal?

The problem is that the president is being as honest in stating that this was the goal of this health care law as he was in saying "if you like your plan you can keep it."

The Supreme Court indicated this week that it would hear two cases of Christian-operated firms -- Hobby Lobby Stores Inc. and Conestoga Wood Specialties Inc. -- who claim their religious freedom is violated by provisions of Obamacare forcing businesses to provide employees, free of charge, contraceptives, sterilization and abortion-inducing pills.

How exactly does forcing businesses to pick up 100 percent of the costs of abortion-inducing pills for women employees reconcile with the alleged goal that all Americans get affordable, quality health care?

A White House blog about the cases written by Obama senior advisor Valerie Jarrett states, "Ensuring the full freedom of women as health care consumers to access preventative health services is a vital component of the Affordable Care Act." And nothing is more "essential", Jarrett goes on, than decisions regarding "reproductive health."

In other words, to reconcile the words of Jarrett with those of her boss, the president, a "vital" and "essential" part of making sure that everybody gets "affordable, quality health care," is giving women the "right" to do whatever they feel like regarding their sexual behavior, bearing zero personal responsibility for the costs associated with their behavior, and dumping those costs on someone else.

I hope you are scratching your head.

My experience with insurance plans is they lower premiums when customers demonstrate more responsible, cautious behavior -- certainly not when they claim the right to act as they please and then have other people pick up the tab.

If you go onto the now-infamous healthcare.gov website, you can click on a section that says, "What are my preventive care benefits?" There appears a special section on "Preventive health services for women."

Why is there no special section "Preventive health services for men?"

A 2010 newsletter from Harvard Medical School talks about the "gender gap" in health, saying that when it comes to health, "men are the weaker sex."

Life expectancy for women is five years longer than for men. Of the top 10 leading causes of death in the U.S., the incidence among men is markedly higher than among women in nine of the 10.

You would think if the health care law was going to focus on gender, it would focus on men.

The answer to all of this is that Obamacare was never primarily about getting the best, most affordable health care to Americans.

This was and is about bringing the left-wing agenda of the Obama White House to America.

The result is displacement of religious freedom with left-wing tyranny and the beginning of more expensive, lower-quality healthcare.