The things that increase the likelihood of improving one's life are the very things the President and his liberal friends fight. 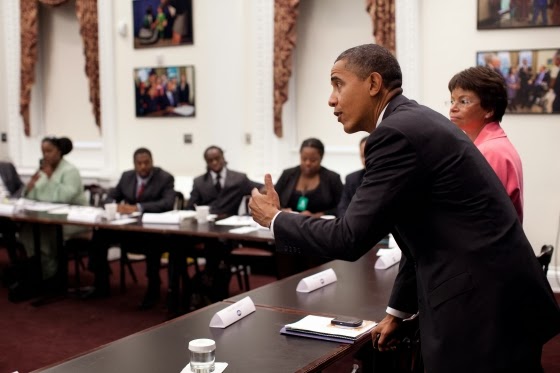 When presidents give speeches, the affair is choreographed like a Broadway production. The message is not just the words of the speech, but where it is given and who happens to be the chosen audience.

So it was not by accident that President Barack Obama chose a theater in a poor black neighborhood in Washington, D.C., where the average income is barely half the national average, to speak this week about economic opportunity and fairness.

What exactly was the President trying to achieve by sharing with a low-income black audience that "today's CEO now makes 273 times more" than the average worker?

Did he want to inspire hope that one day they can earn money like this? I don't think so. The point was to create despair and convey that America is not fair.

Even though the president doesn't deny there are many American success stories (he knows -- he raises lots of money from them), he implies that somehow they are the exceptions to the rule. His core message is that average Americans are not getting ahead, and the reason is that America is not fair.

I can't find a word in the President's remarks that would do anything but reinforce the sense of helplessness, meaninglessness, and disenfranchisement that already exists in generous doses in low-income neighborhoods.

Is this the message those trying to get their lives together really need to hear?

Maybe they do need to hear it if it is true. But it's not.

There are indeed unhealthy trends in America today that undermine opportunity and the chances of many to get ahead.

There is today reams of data, piles of studies that show that more economically free nations grow faster and create more wealth.

What is economic freedom? It means citizens can run their lives and do their business with minimal government interference. It means keeping taxes, government spending and regulation low. It means more-powerful citizens and less-powerful politicians.

In 2000, the United States was number 2 in the world as measured by the Economic Freedom of the World Index. By 2011 it dropped to number 19.

But liberals, like our president, insist that government is the solution rather than the problem. We need more of it, according to them, not less. Then when jobs disappear, they say it's not fair.

What about individual realities?

And liberal government policies have been contributing for decades to marriage breakdown.

Now Obamacare gives Americans a new reason not to get married.

Kaiser Health News reports that two low-income earners -- say one earning $30,000 and one earning $40,000 -- would each qualify for health insurance subsidies. But if they married, their combined $70,000 would disqualify them.

The president told his black audience in Southeast Washington, D.C., that "we need to set aside the belief that government cannot do anything about reducing inequality."

You're right, Mr. President, it can.

Government can start protecting rather than violating our freedoms.

And our leaders can start promoting policies consistent with, rather than in violation of, traditional biblical values like marriage and personal responsibility, so that our citizens will be in good shape to take advantage of their freedom, if we can ever get it back from our government.