The incidence of black conservatism is far deeper and widespread than most believe. 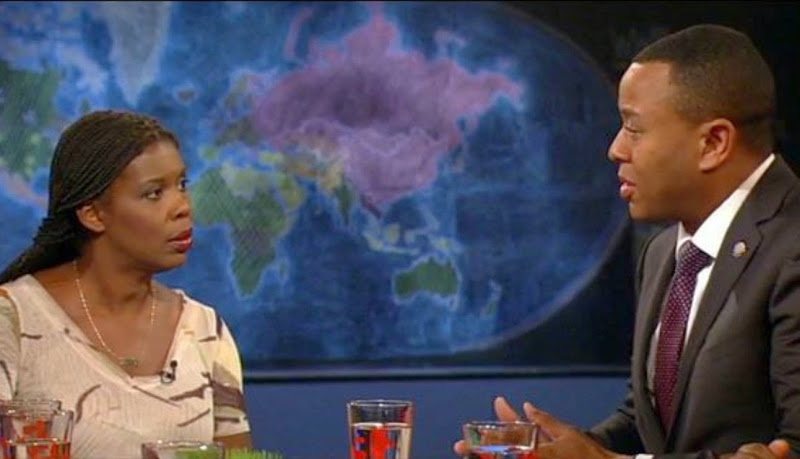 He became the first black speaker of the Oklahoma House of Representatives. And, at the age of 34, he became Oklahoma’s youngest House speaker in history.

Also noteworthy is that this young black American is a Republican.

Now T.W. Shannon is making new headlines. He has stepped down from his position as House speaker to run for the U.S. Senate seat being vacated by Oklahoma Republican Senator Tom Coburn.

Should Shannon succeed – there are several Republicans already in contention in the upcoming primary - he would become the second sitting black U.S. Senator, joining South Carolina Republican Tim Scott.

I met this brilliant young conservative several years ago and it is hard for me to contain my enthusiasm for his candidacy for this Senate seat.

Needless to say, the prospect of a new, courageous, and unapologetic conservative in the U.S. Senate is a something I find most appealing.

But I am also happy to see another black conservative voice joining the ranks of political power in America.

Shannon was my guest last year when, as guest host on Glenn Beck’s The Blaze show, I convened a panel of black conservatives. He discussed the influences in his life - then Oklahoma congressman J.C. Watts and his Southern Baptist religion - and his rise to the Speaker position in the Oklahoma legislature.

It can’t be summed up more clearly than the quote he has put on his campaign website:

“I believe we must choose the path to faith, freedom and individual liberty. It starts with us, here today, now, Working together, with God’s favor, we can save the America that we love.”

Conventional wisdom that black liberalism is somehow natural and genetic needs to be disabused and, as more black conservatives like T.W. Shannon come on the scene and win elections, the many black conservatives around the country will feel more comfortable stepping forth and taking public stands for what they believe.

And when this starts happening, America will see that the incidence of black conservatism is far deeper and widespread than most believe.

There clearly is a disconnect between the religious values of blacks, who attend church more frequently than any other ethnic group in the country, and the moral relativism of Democrats.

One reason for this disconnect is that the many blacks who harbor conservative values are intimidated to step forth because of the concentration of political power in their communities among liberal Democrats.

I believe this will change as more strong conservatives like T.W. Shannon step forth.

Shannon’s traditional Christian values will ring true with church going blacks and with all Americans who understand that personal virtue and responsibility and strong families form the basis of a free society. And that wealth comes from ownership and entrepreneurship and not from government programs.

These are the values needed to unite and heal our nation, deeply divided today by the rifts caused by the divisive interest group politics of the left.