The Tea Party captures a groundswell of dissatisfaction with business-as-usual in how our country is being run. 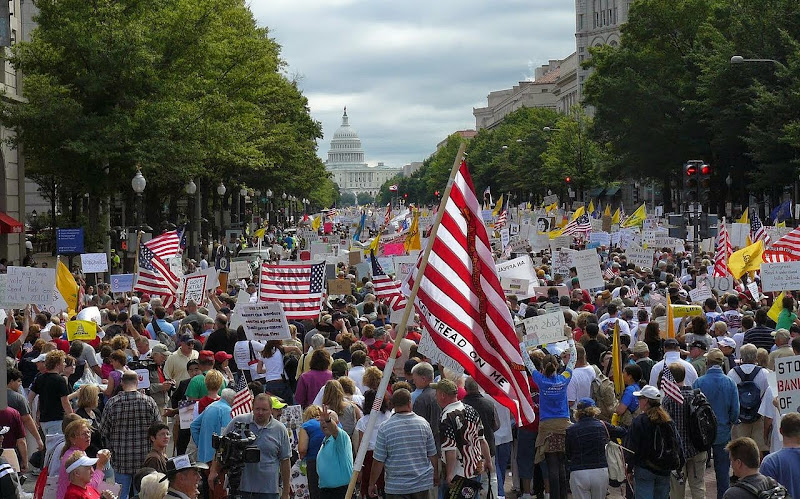 With, most recently, incumbent Republican Senators Pat Roberts in Kansas and Lamar Alexander in Tennessee winning their respective primaries, Tea Party challengers failed in all attempts in this primary cycle to defeat Senate incumbents.

But let’s not confuse birth pains with death throes.

The Tea Party is on its way in, folks, not on its way out. Change is hard and doesn’t happen overnight. The undeniable facts are that America has huge problems, that these problems have been growing and festering for years while being ignored by our political class in Washington, and the American people are very unhappy with the state of affairs.

The failure of any Tea Party candidate does not negate these truths and what they point to – the profound need for change in America and for political leadership with the clarity and courage to make it happen.

Three of four Americans say they not satisfied with the direction of the country and the most recent Gallup approval rating for Congress stands at 15 percent.

Usually, despite disapproval of congress in general, most Americans approve of their own congressman. But a new Washington Post-ABC News poll reports, “A majority of people don’t like their own member of Congress. For the first time ever.”

For the first time since this poll has been conducted, more than half of Americans, 51 percent, express disapproval of their own congressman.

The Tea Party captures a groundswell of dissatisfaction with business-as-usual in how our country is being run. These emotions are as strong, and as legitimate, as ever.

Typical of deeply misguided analysis about what is happening is a column by Washington Post columnist Dana Milbank where he writes, “The tea party movement was a setback because it elevated extreme individualism over collective responsibilities and because it tapped into nativism and further undermined trust in American institutions.”

The truth is opposite from every claim made here.

Tea Party sentiments point to troubles in America flowing from the erosion and undermining of American institutions. It is about restoring strength and viability to our institutions – certainly not undermining trust in them.

The most central of American institutions is our constitution. A priority of lawmakers and political leadership should be to work within its framework, not try to skirt around its edges.

But skirting the constitution defines our political leadership today.

Central to the Affordable Care Act is the provision that uninsured who do not purchase health insurance pay a fine. But the Wall Street Journal now reports that 90 percent of 30 million uninsured Americans will pay no fine in 2016 because of the pile of exemptions issued by the Obama administration.

The constitutionally defined job of the executive branch is to carry out the law, not rewrite it. It is not the Tea Party undermining America’s most fundamental institution, but our national leaders.

Government taxes citizens and promises future pension, health care, and other benefits in return. Except the future costs to provide these benefits far exceed the taxes now being paid.

Kotlikoff calls this the "fiscal gap," which is not formally reported anywhere. He estimates this gap today to be $210 trillion, which would require an immediate increase of 59 percent in tax revenue to cover it.

Did America wind up with 12 million illegals living here overnight? This happened over years.

America is sinking while our so-called political leadership is fiddling.

"Extreme individualism" is about feeding at the public trough indifferent to our ability to replenish it. Exactly what the Tea Party is not about.

The movement for major change in America is not going away. Anyone who thinks the Tea Party is history has got to feel the same way about our country.