Howard Fuller has the answer for Ferguson 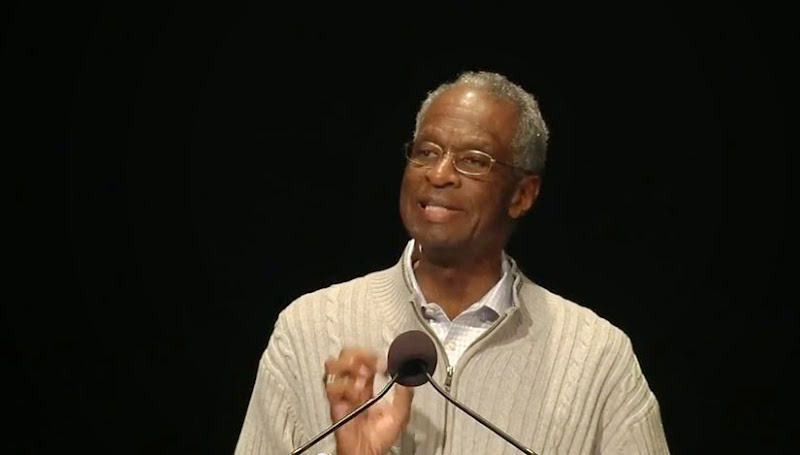 Eight days before 18-year-old Michael Brown was shot and killed in Ferguson, Missouri, he received his high school diploma from Normandy High School in the Normandy School District near Ferguson.

In January 2013, Normandy district schools lost their accreditation from the Missouri state Board of Education because of poor performance on standardized tests and poor graduation rates.

The 2014 evaluations have just been issued from the state board and the Normandy district score has dropped even further from last year. Scores are based on compiling results of a number of different performance measures and in order to remain accredited, a district needs a score of 70. The latest score of the Normandy district was below 10.

Michael Brown put on a cap and gown and received a high school degree not worth the value of the paper it was printed on.

So who is Howard Fuller and what is his connection to Ferguson, Missouri and Michael Brown?

Dr. Fuller is Distinguished Professor of Education at Marquette University, where he founded, in 1995, the Institute for the Transformation of Learning. In addition to many other affiliations and honorary degrees, he is the Chairman of the Black Alliance for Educational Options.

He has just published his life story, “No struggle, No Progress: A Warrior’s Life from Black Power to Education Reform.”

The stated mission of Dr. Fuller’s Institute at Marquette is “To support exemplary education options that transform learning for children, while empowering families, particularly low-income families, to choose the best options for their children.”

The Black Alliance for Educational Options (BAEO) was launched in 2000 by Dr. Fuller’s Institute, forming local chapters nationally, “to empower Black parents to determine the best school options for their children.”

Dr. Fuller’s life’s work has focused on the most immediate and critical problem in low-income black communities such as the one in which Michael Brown lived – achieving education alternatives and choices for black parents.

The largest concentration of the nation’s failing public schools is in these low-income minority communities. According to the BAEO website, “42% of Black students attend schools that are under-resourced and performing poorly.”

The cycle is brutal and unforgiving. Kids already from homes and communities disproportionately absent proper family life have only one hope – to get on the path to a decent life through education. But the public school realities in these communities make this practically impossible.

Either the kids don’t graduate or they graduate with a useless degree that pretends to certify that this child can read and do math. Dropping out of high school is a ticket to poverty, as is often just a high school diploma.

The National Alliance of Public Charter Schools, where Dr. Fuller is an advisory board member, reports that there are now more than a million students across the nation on waiting lists to enter charter schools.

Unfortunately, the battle is formidable. Teachers unions retain a stranglehold on public education and don’t want education freedom for these kids trapped in broken schools.

The American Federation of Teachers had the nation’s 14th largest Political Action Committee in the last election cycle – slightly larger than the PAC of Boeing Corporation, an $87 billion dollar corporation. And 100 percent of their $1.74 million dollars in political contributions went to Democrat candidates.

Education options in low income communities – charters, vouchers and tax credits for private schools - is the best hope for eliminating multigenerational poverty and the possibility of more tragedies like that of Michael Brown.

Howard Fuller has the answer for Ferguson.