Beyond the overriding economic control that the federal government now has over citizens, federal courts now dictate our social norms. 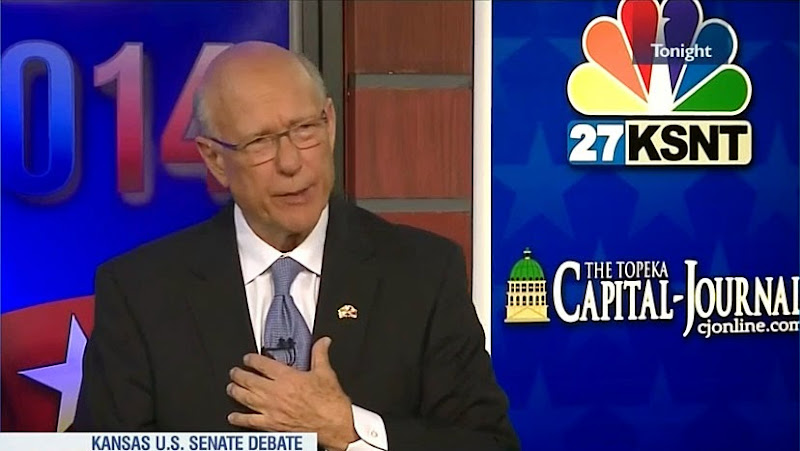 Former Democrat House Speaker Tip O’Neill’s political wisdom that "All politics is local" has been a staple in political thinking for many years.

But the truth of the matter is that, regarding elections for national office, politics is really, today, a national business.

And this is what voters in Kansas should be thinking about in the current close Senate race between Republican incumbent Pat Roberts and Independent challenger Greg Orman.

Roberts has not been shy making the point that regaining the Senate by Republicans is crucial and this is what Kansas voters should be thinking about in this election. And he is right.

Let’s consider how the role of the federal government in American lives has changed since Tip O’Neill was first elected to the House of Representatives in 1953.

Today it is the opposite. Seventy percent of expenditures of the federal government consist of transfer payments made directly to individuals and spending on national defense is barely 20 percent of the federal budget.

Where are all these transfer payments going?

According to John Merline of Investors Business Daily, 38.6 percent goes to pay health bills – through Medicare, Medicaid, or Obamacare, another third is in Social Security payments, 21 percent goes to poverty programs, and 5 percent to veterans.

When Tip O’Neill was first elected in 1953, non-defense expenditures of the federal government amounted to 10.4 percent of our GDP. Today it is 17.6 percent.

So politics cannot be local anymore. America is a different country today than Tip O’Neill’s America. The federal government places a major role – dwarfing that of local government – in the lives of every American citizen.

Furthermore, our political class in Washington – particularly the liberal ones that have controlled our government for the last 6 years – have advanced their control of our personal lives in a surreptitious way. Instead of raising taxes to cover the costs of all new expenditures, they just borrow the money.

Massive increases of American debt finances growth of government with citizens sitting on the sidelines, hearing about what they are getting and not what it is really costing them.

The latest report that federal debt has ballooned to $18 trillion boggles the mind.

Beyond the overriding economic control that the federal government now has over citizens, federal courts now dictate our social norms.

Kansas has always been a red state. The last time Kansans sent a Democrat to the Senate was in 1932. Since then, every Senator from Kansas has been a Republican, except for two populists.

The national agenda – runaway debt, runaway spending, loss of American leadership in the world, collapse of values and the American family at home – permeates every election in every state.

Greg Orman rejects Pat Roberts’ claim that he is a liberal Democrat in hiding. It’s pretty hard to not agree with Roberts when Orman ran for office as a Democrat in 2008, has given major contributions to Democrat candidates, is unapologetic in his pro-abortion stance, and has just been endorsed by the AFL-CIO.

There is no such hope for Democrats. They stand for everything that is sinking our country.

Pat Roberts is right. We cannot let Kansas turn purple or blue. We need to keep it red and we need to get conservatives back in control in Washington.