Good reason for Mary Landrieu to be concerned

As Elbert Guillory points out in his ad, despite all the big government, the economic state of affairs of low-income blacks has changed little over the years. 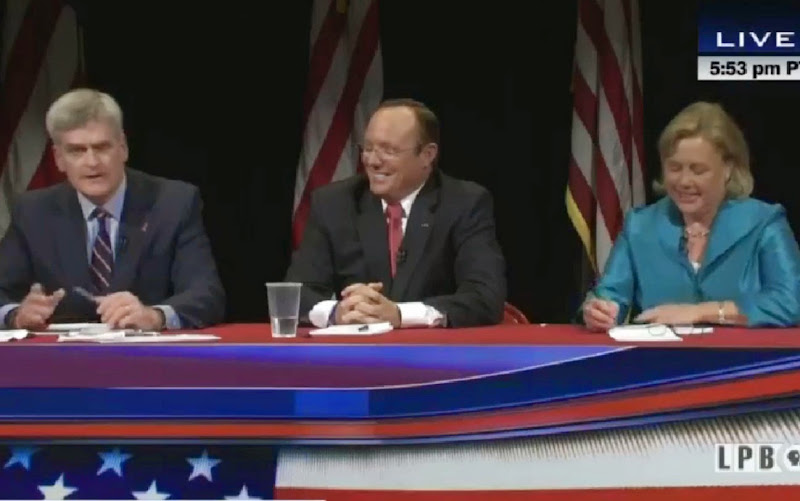 Prospects that three term Democrat Senator Mary Landrieu will return to the US Senate to represent Louisiana for a fourth term are looking increasingly bleak. Senator Landrieu has good reason to be concerned.

Justification for black disillusionment is eloquently and explosively captured in the ad being run by Republican State Senator Elbert Guillory’s FreeAtLast PAC.

Guillory shook things up in 2013 when the then conservative black Democrat announced he was switching to the Republican Party.

In the ad, Guillory stands on Academy Street, in a poor black neighborhood in Opelouses, Louisiana, delivering his message, graphically powerful as the camera pans across the poverty of the neighborhood, that nothing has changed during the 18 years that Mary Landrieu has represented Louisiana in the US Senate.

“Mary Landrieu ran for the Senate in 1996, promising to be a champion for the black community,” says Guillory. “Eighteen years later, little has changed.”

The neighborhood is plagued by the same high poverty and unemployment rates that existed when Landrieu was first elected in 1996.

The ad is really an extension of Guillory’s message since he announced his switch to the Republican Party.

And the ad is unique in that it is about ideas rather than about specific programs.

Most politicking is about attacking a candidate’s position on one program or another or how they voted on one bill or another.

But this ad doesn’t mention one program, one piece of legislation.

It attacks a mindset – a mindset that is hurting America and has been devastating black America for years.

It’s a mindset that looks to politicians and government to solve our problems, rather than assure conditions that allows us to solve our own problems.

Using the power of government – taxing, borrowing, and spending – under the pretense of solving other people’s problems is very lucrative for the political class.

There are huge disparities in the wealth, fueled by government, in the nation’s capital, compared to poor states like Louisiana.

According to the Census Bureau, median household income in the region of the nation’s capital is the highest in the country. Median income in 2012 in the District of Columbia was $65,246, in Maryland $71,836, and Virginia $64,632.

As Elbert Guillory points out in his ad, despite all the big government, the economic state of affairs of low-income blacks has changed little over the years.

In a state like Louisiana, which is one of the blackest and poorest states in the country, Elbert Guillory’s message is particularly critical.

The Washington Post recently reported that over the 42 years that the Bureau of Labor Statistics has been reporting unemployment data broken out by race, black unemployment has been much higher than white unemployment every year, averaging 115 percent higher over this period.

Why do liberal Democrats, like Mary Landrieu, get a free ride with black voters, election after election, regardless of the results they produce?

It is of critical importance for blacks, and for the rest of the nation, that this dismal state of affairs change.

Programs and policies are important. But they reflect a mindset. If the mindset is misguided the policies surely will be misguided.

Mary Landrieu should be concerned. Blacks are tired of being taken on a political ride to nowhere.