How Democrats defeated themselves

For lack of something of substance to tell the American people, Democrats ran a campaign of hate, blame, and division. 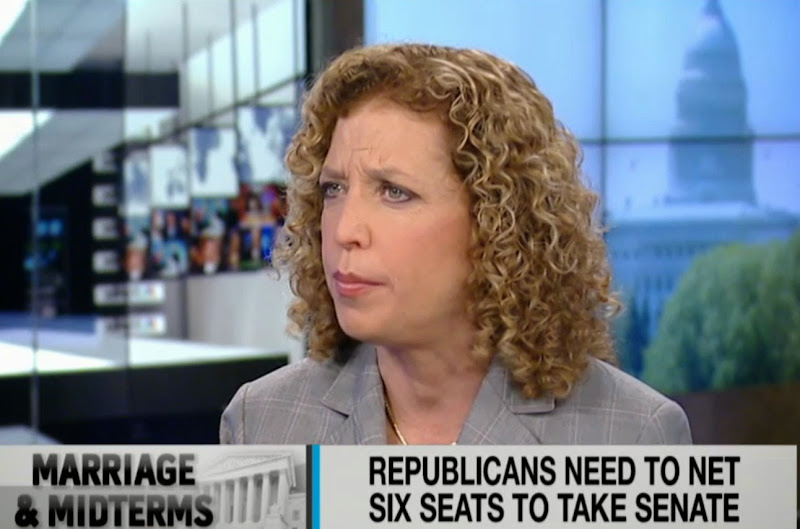 Debbie Wasserman-Schultz led the Democratic Party through a campaign of hate, blame and division.

New Gallup polling on party favorability ratings should be useful reading for leaders of the Democratic Party who are still in denial about the meaning of the Republican sweep in the recent elections.

The percentage of Americans giving the Democratic Party a favorable rating is at an all time low – 36 percent. It now stands below the current 42 percent favorable rating of the Republican Party.

Notable is that Democrats themselves are increasingly unhappy with their own party. Whereas now 81 percent of Democrats give a favorable rating to their own party, this is 14 points below the 95 percent where it stood in December 2012.

Also of note are Independents. Favorability rating of the Democratic Party by Independents now stands at 25 percent, compared to 42 percent in December 2012. A Gallup poll published at the beginning of this year showed the percentage of Americans identifying as Independent at a record high 42 percent.

The current rate of unemployment remains above where it was before the recession began in 2008, as is the case with the overall percentage of Americans currently working.

But the economic news is improving, although much more slowly than anyone would prefer.

So why the big drop in Democrat approval in just one month?

I think a lot has to do with the message the Democratic Party delivered nationwide in this election.

For lack of something of substance to tell the American people, Democrats ran a campaign of hate, blame, and division.

Not only did this not help win votes for Democrats, it lowered the esteem in the eyes of the American people for the Democratic Party.

Unfortunately, the message that your life is not in your own hands, that you have less because someone else has more, and that only the government can make your life better, has always been center stage of the Democratic Party.

But this time it was particularly vicious and vacuous with no pretense of substance. “You don’t have because they have and they don’t want you to have.” This, combined with suggestions that Republicans are racists, was the best Democrats had to offer.

Data from the Census bureau as of 2013, compiled by economist and blogger Mark Perry, boldly speaks to what really lies behind income inequality in America.

Comparing households with median income in the highest fifth of the country to the lowest fifth what do we find?

And 65 percent of those in the highest fifth had a bachelor’s degree or higher compared to 13.5 percent in the lowest fifth.

Unfortunately, those in the lowest fifth are also disproportionately minorities. Exactly those who Democrats targeted in their campaign to inspire hate and division.

Polls also show that after the economy, dissatisfaction with government is the next thing bothering Americans.

Government must get out of the way so the economy can grow and create conditions where individuals can best take advantage of opportunities.

For Americans of every background, this begins with getting married, having children in the framework of marriage, and getting an education.

Freedom and personal responsibility defines America’s future, not blame and division. Democrats are selling the latter and why they defeated themselves so badly.