Dr. King was outspoken in his support of Israel and today there is a street named for him in Jerusalem. 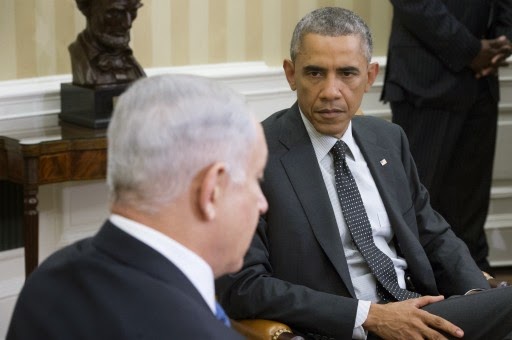 In April 1963, Martin Luther King, Jr. landed in jail in Birmingham, Alabama for violating a local injunction against demonstrations.

Sitting in jail, he learned that local white clergy advised against “outsiders coming in,” calling King’s activities “unwise and untimely.”

In response, King wrote his famous “Letter from a Birmingham Jail.”

In the pages long, handwritten letter, he lays out the logic and theology of his activities. He explains that, like the prophets and apostles, he was compelled “to carry the gospel of freedom beyond my home town.”

King concludes saying that “…when these disinherited children of God sat down at lunch counters, they were in reality standing up for what is best in the American dream and for the most sacred values in our Judeo Christian heritage, thereby bringing our nation back to those great wells of democracy which were dug deep by the founding fathers in the formulation of the Constitution and the Declaration of Independence.”

We are witnessing today a bizarre role reversal of those events in 1963.

We live in a dangerous world and America has enemies. We must have a clear sense of the nature of these threats so we may act properly.

In this spirit, House Speaker John Boehner has invited Israeli Prime Minister Benjamin Netanyahu to address a joint session of Congress to convey his thoughts about the dangers of a nuclear- armed Iran.

But members of the Congressional Black Caucus are protesting, saying they will not attend.

Black members of congress, those allegedly carrying on the civil rights movement that Dr. King led, are now the ones protesting “outsiders coming in” and saying that expression in the pursuit of truth, in our free country, is “unwise and untimely.”

The U.S. State Department has listed Iran as a State Sponsor of Terrorism since 1984. Freedom House in Washington, DC designates Iran as an “Unfree” country.

In a new Gallup poll, 77 percent of Americans call development of nuclear weapons by Iran a “critical threat.”

All Americans should welcome with enthusiasm the thoughts of the Israeli Prime Minister, who leads a nation that has fought for its survival in the Middle East every single day since its founding.

Black caucus members walking out on the Prime Minister violate the principles of freedom of our nation, for which Dr. King fought.

They also betray the unique relationship of black Christians, and America in general, to the Jewish people and the state of Israel.

Dr. King was outspoken in his support of Israel and today there is a street named for him in Jerusalem.

The civil rights movement was animated by imagery from the Book of Exodus in the Old Testament. Historian Taylor Branch’s biographic trilogy about Dr. King’s movement are called “Parting the Waters”, “Pillar of Fire,” and “At Canaan’s Edge.”

The words inscribed on the Liberty Bell in Philadelphia – “Proclaim liberty throughout the land to the inhabitants thereof” – are from the book of Leviticus.

Welcoming the Israeli Prime Minister is by no means partisan. Two prominent Democrat Senators, New Jersey’s Robert Menendez, former chairman of the House Foreign Relations committee, and New York’s Chuck Schumer, have co-sponsored a bill, which President Obama opposes, to tighten sanctions on Iran if current talks do not succeed by March 24.

The Black Caucus is out of step with black Christians by not welcoming this visitor bringing the “gospel of freedom” from abroad. They should recognize that welcoming Mr. Netanyahu means, in the words of Dr. King, “standing up for what is best in the American dream and for the most sacred values of our Judeo-Christian heritage.”