Pastors know that blacks pay a high price for the havoc that moral relativism has caused. 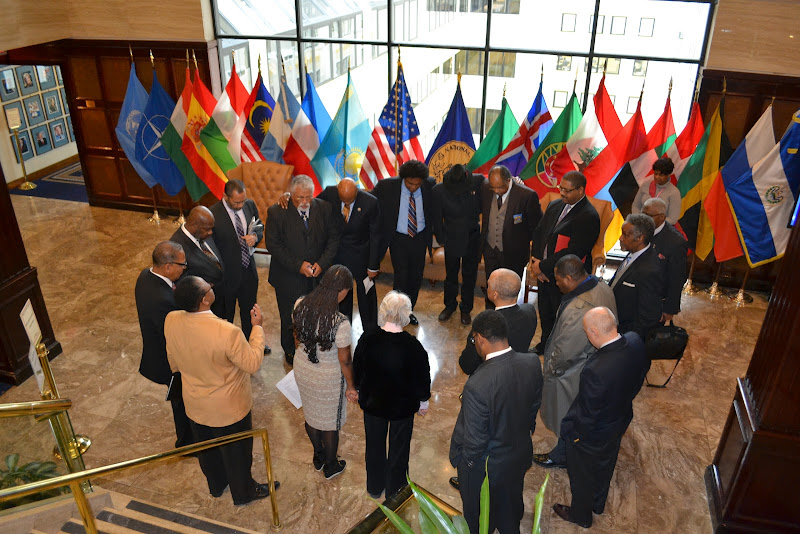 The course of history changes at special moments when courageous individuals step up to take a stand, often at personal risk, on issues burning in controversy.

One of those moments was just celebrated with the commemoration of the historic civil rights march across the Edmund Pettus Bridge in Selma, Alabama in March 1965.

Another such moment is unfolding before us today.

A group of some 150 black pastors, the National Baptist Fellowship of Concerned Pastors, is standing in protest against an invitation from the American Baptist College, in Nashville, Tennessee, to Bishop Yvette Flunder to speak at the college’s annual Garnett-Nabrit Lecture Series, March 15-18.

These pastors are protesting because Bishop Flunder is an open Lesbian, legally married to another woman, and a proud and aggressive advocate of this lifestyle. In a press release, the pastors called this invitation “irresponsible, scandalous, non-biblical, and certainly displeasing to God,” and requested that Dr. Forrest Harris, president of the College, rescind the invite.

The American Baptist College was founded almost a century ago and recently received designation as a Historically Black College and University. Many leaders and activists in the civil rights movement matriculated there, including renowned civil rights leader Rep. John Lewis (D-GA).

In addition to Bishop Flunder, two pastors who are advocates of same-sex marriage have been invited to share the platform with her.

The co-coordinators of the National Baptist Fellowship of Concerned Pastors, Reverends Dwight McKissic and Randy Vaughn, say that the invitation from American Baptist College President Forrest Harris to Bishop Flunder “trampled on the beliefs of the school’s founders.”

The pastor group expresses legitimate concern in their press release that no notice was provided to parents of the student body about the presentations that these advocates of same sex unions will make.

ABC President Harris has pushed back, defending his invitation of Bishop Flunder and criticizing the group of Concerned Pastors for “idolatry of the Bible,” which he defines as viewing the Bible as “synonymous with God and truth.”

But if Christianity is about eternal principles and truths, to where exactly does President Harris turn for these principles if not to the Bible? The New York Times? The Washington Post? MSNBC?

Particularly powerful about the Concerned Pastors’ press release is its focus on the whole country and not one particular ethnic group.

They expressed concern for “the state of our nation, our families, our churches, and our schools.”

Data overwhelmingly shows the correlation of family breakdown with poverty and social pathology.

Yet the percentage of American adults today that are married has declined to around 50 percent compared to over 70 percent in the 1960’s, at the time of the civil rights movement. Along with this we see dramatic increases in out-of-wedlock births and single parent households.

These pastors know that blacks are paying a particularly high price for the havoc that the moral relativism that has hijacked our national culture has wrought.

Now pastors are taking a stand. Enough. No more sitting quietly by as those posturing moral chaos as religion hijack our nation and our children.

These courageous black pastors are standing tall with truth so our nation may have a future.