Make 2016 about America, not Hillary

Is the American public happy with the socialism they've gotten thus far? 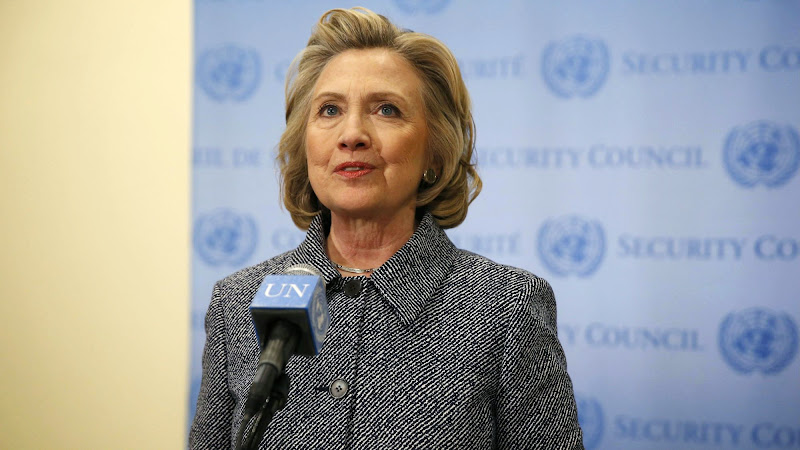 When Barack Obama and Hillary Clinton were battling for the Democratic presidential nomination in 2008, I was interviewed on one of the cable news shows. The host asked me which Democrat I preferred - Obama or Clinton.

The American people chose the former.

Now with Mrs. Clinton’s candidacy for 2016, the central question moving forward is whether the American public is happy with the socialism they’ve gotten thus far. If they are, most likely they will choose the white female socialist to replace the black male.

Republicans will be tempted to make this campaign about Mrs. Clinton’s very dubious character.

An alleged feminist who built her career by staying married to a life-long adulterer because he was successful. The storming of our embassy and murder of our ambassador in Benghazi, Libya under her watch as Secretary of State. Her use of a private email account for official State Department business and then erasing it all.

But as politically juicy as all this might be, it would be unfortunate if Mrs. Clinton’s questionable self defined this campaign. This election should be about what kind of America Americans want.

When I began my work in public policy over twenty years ago, my goal was to move black America off Uncle Sam’s Plantation to join the rest of America living freely, creatively, and prosperously.

Never did I dream, when I set up my non-profit organization CURE, that what would happen over the next 20 years, rather than blacks moving off the government plantation, the rest of America would move onto it.

But this is indeed what has happened.

The percentage of our federal budget consisting of transfer payments to individuals is now about 70 percent, compared to 30 percent in 1970.

The nation should look at what government has done to its black citizens since it moved so decisively into their lives in the 1960's.

Despite trillions of taxpayer dollars pumped into these communities, median black household income in 2011 stood at 59 percent of median white household income, compared to 55 percent in 1967.

The percentage of blacks in poverty in in 2011 was still 250 percent higher than whites.

Has having a black man in the White House made socialism work better for blacks?

According to a just published study by the The Working Poor Families Project, “In 2013, working families headed by racial/ethnic minorities were twice as likely to be poor or low-income (47 percent) compared with non-Hispanic whites (23 percent) – a gap that has increased since the Great Recession in 2007.”

The report notes the importance of family structure.

The dramatic growth of government over the last half century has been accompanied by a corresponding collapse of the traditional American family. According to the Census Bureau, the percentage of American families with married couples and children under 18 dropped from 40 percent in 1970 to 20 percent in 2008.

Hillary Clinton wrote in her recent memoir, Hard Choices, “I’m more convinced than ever that our future in the 21st century depends on our ability to ensure that a child born in the hills of Appalachia or the Mississippi Delta or the Rio Grande Valley grows up with the same shot at success that Charlotte (her granddaughter) will.”

But Mrs. Clinton’s big government moral relativism significantly reduces the chances that these poor children will get a “shot at success.”

Hopefully Republicans will give voters a real choice in 2016 – a candidate of any race or gender who wants to push back on government, increase personal freedom, and promote traditional family values.