The Audacity of Jeb Bush

Jeb Bush called me in 1994. He wanted to hear more about my thoughts about welfare, how it could be reformed, and what we should be thinking about regarding revitalizing inner city life. 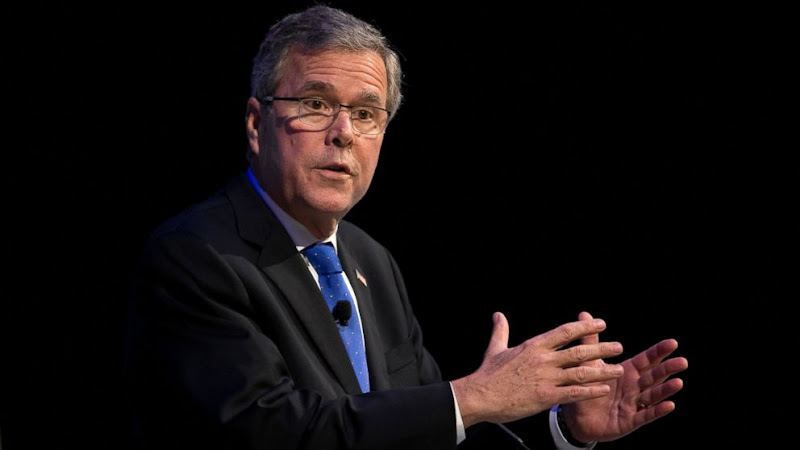 The riots destroyed my publishing business there because businesses that were my advertisers were wrecked.

I started becoming vocal about what had driven me to start this business to begin with. My eyes had opened to the destructiveness of welfare that had been destroying my own life and was destroying the minority urban communities around me. My Christian conversion gave me the faith and power to walk away from it all, get my bachelor's degree and start my business.

Rush Limbaugh heard my story and in early 1994 wrote about me in his Limbaugh Letter; he also talked about me on his radio show. As a result, I received over 2,000 letters and calls.

One call I received was from a man who told me his name was Jeb Bush. He said he was considering running for governor in Florida and he wanted to hear more about my thoughts about welfare, how it could be reformed, and what we should be thinking about regarding revitalizing inner city life.

Jeb Bush went on to run for governor of Florida in 1994, losing to Democrat incumbent Lawton Chiles by less than 2 percentage points. However he ran again in 1998 successfully, going on to become Florida's first two-term Republican governor.

Jeb's speech at Miami Dade College announcing his candidacy for the presidency stirred up the memory of that day when he called me. I felt I was listening to the same independent thinking man of principle: the son of a president, with familial roots in New England aristocracy, who out of the blue would call a black former welfare mother to pick her brain about ideas because he was out searching, seeking the truth — because he was trying to think through how to make things better.

Jeb's remarks at Miami Dade College were audacious and unprecedented for a Republican presidential candidate.

He was broadly principled and conservative in his take on the world and what America needs.

Yet, at the same time, he was out-front and aggressive in reaching out to minorities. No Republican aspiring to the presidency has ever done this or even tried. Yet it is crucial — not just to turn around Republican fortunes in presidential politics, but also for the good of the nation.
His promo video shows a young black woman talking about school choice. It shows a blue-collar Hispanic worker talking about the importance of economic growth.

Liberals have destroyed our minority communities. It is a national embarrassment that black poverty is virtually unchanged from where it was when the Civil Rights Act was passed in 1964.

Jeb in his remarks touched the heart of the matter when he said, "Think of what we all watched not long ago in Baltimore, where so many young adults are walking around with no vision of a life beyond the life they know."

Hillary Clinton will campaign on making sure those young people will have no other vision. She will, like every liberal before her, buy their votes by promising more government and using fear to keep them where they have always been -- on government dependency that wrecks heart and soul.

Jeb talked about limited government, lowering and simplifying taxes, religious freedom, school choice and military strength. And he did it sounding upbeat and optimistic rather than harsh. And he conveyed it as relevant to every single American. Not easy in these cynical times.

Certainly, Jeb Bush has much work to do to translate all of this into policy specifics.

But his audacious kick-off provides reason for feeling good and excited. These days, nothing could be more refreshing.