As the politics of the welfare state and moral relativism have increasingly taken control of the country, they have disproportionately hit our minority communities. 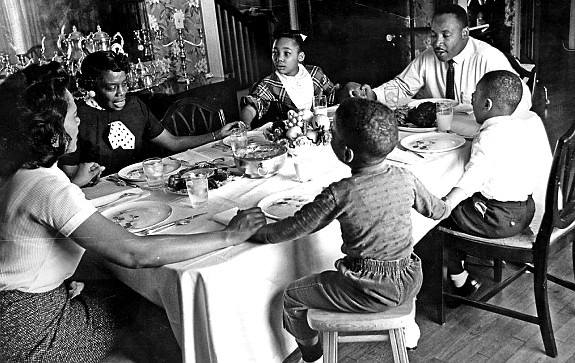 I periodically get mail from folks who find it annoying that anyone pays attention to racial and ethnic differences. Aren't we all Americans? Isn't it un-American to refer to citizens as "African-Americans," "Hispanic-Americans," "Asian-Americans," and so on?

My answer is, certainly not. In fact, the opposite is true. America is about "e pluribus unum." Out of many one. Although the origin of the idea "e pluribus unum" was about unity of the different states under one federal government, it is also relevant in terms of the integration of citizens from many different racial and ethnic backgrounds into one national fabric of common values and truths.

I have seen the reality of the welfare state from inside, so, for me, the values and mindset that destroys communities and individuals are clear. That is, values that undermine private property and ownership, values that demean personal responsibility and foster dependence, and moral relativism that undermines truths which empower individuals to transcend their base instincts and create the capability to love, to work, and to create families and responsibly bring children into the world.

It's exactly why ethnic politics are so important today.

As the politics of the welfare state and moral relativism have increasingly taken control of the country, they have disproportionately hit our minority communities.

Turning around the dysfunctional left-wing worldview that keeps these communities disproportionately poor and undereducated must be a national priority. But to start off, we must agree that this worldview is sick.

Over this same period of time, from 1960 to 2008, the percentage of white adults that are married dropped from 74 percent to 56 percent, Hispanic adults from 72 percent to 50 percent, and black adults from 61 percent to 32 percent.

Children in homes without married parents are more likely to be poor and more likely to not get educated and obtain the skills to move out of poverty.

How do we get out of this mess?

First, we need leaders who embody the traditional values that are critical for healing the nation. It is exactly why Donald Trump's endorsement of freedom of transgender individuals to use any restroom they want is not "much ado about nothing." Trump may feel comfortable with his own family. But he is deaf and blind to the roots of the family crisis that is eliminating any future for a growing, significant part of the nation.

Second, we should appreciate the critical importance of education to the nation's future. The major hope of a child growing up in a home without a traditional family structure to get values needed for success in life is to get these values in school. But the public schools in low-income communities are the last place these values will be taught.

It why it is important and of note that Heidi Cruz recently said that "school choice" would be a priority for her as first lady. And that Ted Cruz has called education " the civil rights issue of the 21st century."