When we don't take law seriously at the highest levels of power in the nation, the message reverberates throughout the land. 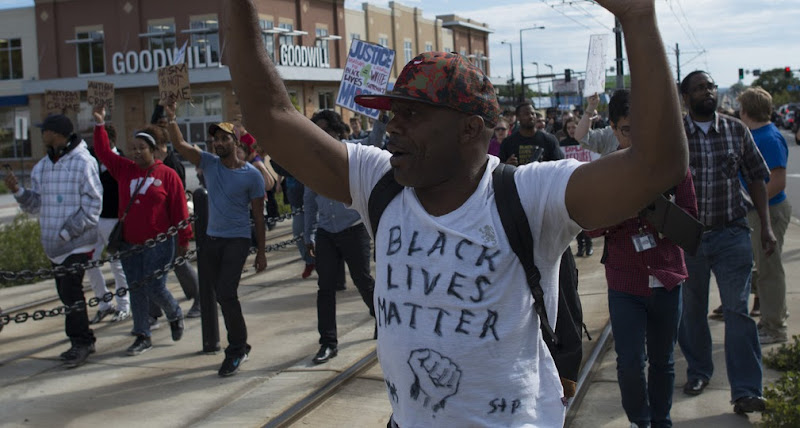 Let's try and connect some dots.

Last week, FBI Director Jim Comey expressed his view that, after investigation of Hillary Clinton's handling of State Department official business, including classified material, on her personal email server, he would not recommend criminal charges against her.

This despite describing the behavior of the former secretary of state as "extremely negligent."

Former New York City mayor and federal prosecutor Rudy Giuliani said, according to Clinton's behavior as described by Comey, she was clearly in violation of the law. By choosing to recommend that she not be indicted, Giuliani said that Comey decided to put her "above the law."

The way it was described by The Wall Street Journal, Comey's "political actions spared Clinton and protected his own job."

Now lets turn our attention to Dallas, where a gunman opened fire and five police officers were killed at a Black Lives Matter rally.

The question every decent American is asking is: How do we stop this horror?

How do we stop the seemingly endless and growing circle of violence in our cities?

There are plenty who think they know the answer.

For some, they see the problem as indiscriminate and violent treatment of blacks, particularly young black men, by police, driven by racism.

For others, it's the opposite. It's the refusal to come to terms with what they see as the deep social pathologies in black urban areas and the hampering of police to do their job effectively.

As always in situations like this, both things are going on. But do I think either is the primary and sole reason driving the violence? No.

What we are witnessing is the chaotic result of a society that is becoming each day more lawless.

The basis of a civilized, decent and just society is law. But law, if it is going to be respected, must be rooted in core values and eternal truths. In the words of our second president, John Adams, we need "a government of laws, not of men."

In our zeal to purge our nation of Judeo-Christian values, driven by the false notion that religion hampers rather than enhances our freedom, we bear the consequences of this effort. We wind up with a government of men, not laws.

Capriciously applied law has always been a disturbance for blacks. The civil rights movement was supposed to be about the country recognizing and remedying that, in a nation under God, there were citizens not receiving equal treatment under the law.

Unfortunately, the civil rights movement came in the midst of the liberal wave of the 1960s. So instead of focusing on equal application of existing laws of tradition, we turned law over to men to make up new rules that were supposedly going to fix everything.

But man-made law produces what we have just seen in a politically motivated FBI director rationalizing that a secretary of state, confirmed by the United State Senate, somehow couldn't figure out that she was breaking the law and compromising our national security.

When we don't take law seriously at the highest levels of power in the nation, the message reverberates throughout the land. Those struggling in life conclude hopelessly that the country is not fair — that the law is created and applied with political motivations.

No amount of force, or gun control legislation, is going to fix a society where there is no longer a sense that we have law rooted in truth, which every citizen, in every station of life, respects and takes seriously.

In a nation where people with power are let off the hook, where we let politicians and judges define what marriage is and when life itself begins, we empower groups like Black Lives Matter to incite and inspire violence as the answer to injustice.