Militant left wing blacks like Jesse Williams only care when tragedy serves their message of victimhood and oppression. 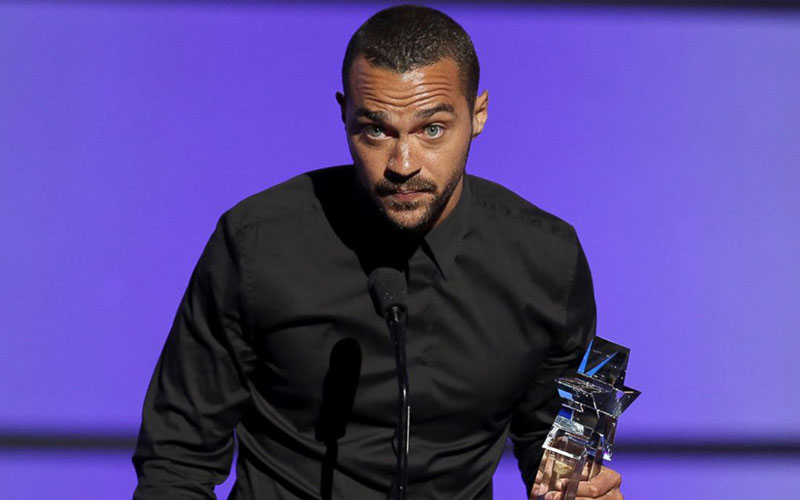 Two large questions loom on the question of race in America.

One, after almost eight years of a black man as president of the United States, why does the country remain so deeply racially divided?

Two, why, after more then a half-century since the passage of the Civil Rights Act of 1964, do such profound social and economic problems persist in many of America's black communities?

The same survey shows gaps in income, wealth, unemployment and poverty between blacks and whites persisting with little change since the era of the civil rights movement.

Can it really be that after a half-century the Civil Rights Act, that racism still is holding back black progress in America?

The Pew Survey probes opinions of blacks versus whites on why blacks are still struggling to get ahead. The gap between black perceptions and white perceptions is large in almost every area.

The single area where blacks and whites totally agree is on the issue of role models.

Fifty two percent of blacks and 51 percent of whites say that "lack of good role models" is a factor impeding black progress.

Recently actor Jesse Williams, star of the television series "Grey's Anatomy," grabbed attention with remarks he made at the BET Awards on his receiving their humanitarian award.

Williams went on for five minutes offering a portrait of black oppression and racism in America.

Of course, there are ugly things happening. Williams ticked off names of young blacks who have recently been shot and killed by police.

But many other ugly things are happening, sadly, in black America. But militant left wing blacks like Williams only care when tragedy serves their message of victimhood and oppression.

Earlier in the show an excerpt from Dr. Martin Luther King Jr.'s "I Have a Dream Speech" was played. King's message was a far different message than Williams'.

King saw America, like life itself, as stained by sin, but fixable through faith and good deeds. He preached "repentance and revival." This, in contrast, to the message of those on the left, like Williams, who preach "payback and redistribution."

Unfortunately, it is the "payback and redistribution" message that dominates the public space in black America. It's what young blacks hear from black stars in the entertainment business, and from black politicians whose careers thrive on this message.

But there is much more going on in black America than what we hear in the public arena. Blacks attend church with greater frequency than any ethnic group in the nation and millions attend churches led by conservative pastors who know that left-wing politics will not fix black America.

It is these conservative black pastors who must and will become the new "role models" to provide leadership for a new era of recovery, redemption and revival. I have been working for years with these communities and I know that these church-going black Christians look for this new leadership, for themselves, and for the nation.