Social Security is simply about current workers paying a tax that is used to make payouts to current retirees. 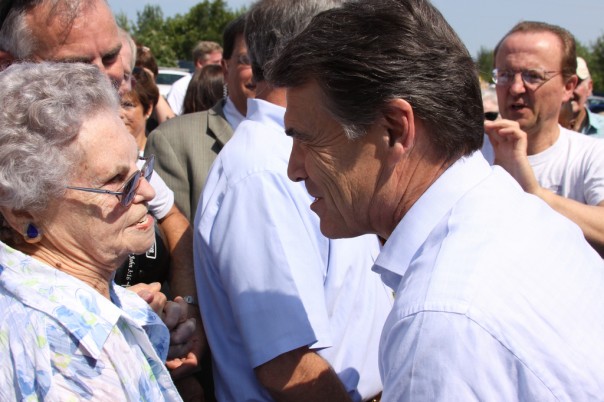 I have a great plan for "saving" Social Security.

Presto. The "system" is saved (or until life expectancy increases, at which point we can raise the retirement age again).

Pretty dumb? Sure. But if the goal is "saving" the system, nothing would work better.

Wait a minute you say. It's not about the "system" but about saving me, my children, my grandchildren, my neighbors. It's about making individuals better off.

But if the point is making individuals better off, why do we only hear assurances from most politicians that they will "save the system?"

The "solution" that I have proposed here is one extreme example how Social Security, if we insist on keeping it as it is today, can be "saved."

How about raising your taxes to get the same amount of payout at retirement?

How about leaving your taxes the same but requiring that you pay them for a longer period of time, raising the retirement age to collect?

Can you imagine getting a call from your bank that they have run out of money so in order to save your CD they have to cut the interest rate on it in half? Or that you can't cash in your one year CD for another two years?

If you wouldn't tolerate this from your bank, why would you tolerate it from your government? Is it any sad wonder that the credit rating of our government bonds have been cut? You can't trust the people in charge.

So what about Texas Governor Rick Perry's claim that Social Security is a "lie" and a "Ponzi scheme"?

He's right on both counts. Americans should be singing hallelujah that we have at least one politician not afraid to tell the truth.

This isn't about ideology. It's about arithmetic.

You can't hear too many times that, despite what many still think, Social Security isn't any kind of investment plan, and there is no account that you're paying into that is yours.

Social Security is simply about current workers paying a tax that is used to make payouts to current retirees.

Regardless of what you think about the idea, it was viable long ago when the size of the program was much smaller, the tax much lower, there were many more working Americans per retiree than today, and when life spans were much shorter.

When Social Security was enacted in 1935, the tax was 2 percent compared to 12.4 percent today, there were over 45 people working for every retiree compared to a 3-1 ratio today, and life expectancy then was 60 compared to 78 today.

Because of these changing realities, projections show that the system as it currently stands will be short some $20 trillion in meeting future obligations.

Any claim that Social Security will continue to work is simply a lie, as Rick Perry says. Some 76 percent of Americans between 18 and 34 apparently agree, because they say they don't expect anything from the system when they retire.

Businesses survive in free markets because the world changes every day and they constantly change and adjust. But government programs are frozen in time. It's why capitalism works and socialism doesn't.

Businesses in free markets also survive because they compete to deliver good products to consumers. Shouldn't Americans have a choice about where to put the 12.4 percent of their wages they pay in payroll taxes?

If Americans prefer getting negative returns on what they pay in order to save an unworkable government system, we deserve the mediocre, second rate nation we are becoming.