A Berkeley professor who understands his job

When relativism takes over and we lose a sense that there is any absolute truth, everything becomes politics rather than learning. 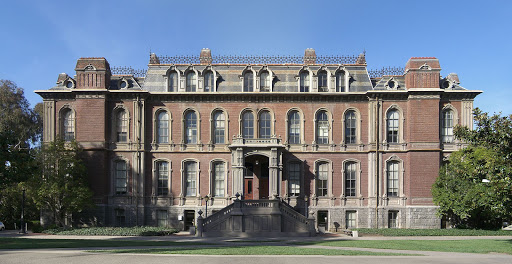 Reading through a recent issue of Forbes Magazine, I came across a wonderful quote from inventor R. Buckminster Fuller. He observed: "You cannot change things by fighting existing reality: To change things you must build a new model to make the existing model obsolete."

I saw the truth and power of Fuller's observation during a recent speaking engagement at the University of California, Berkeley.

I have been speaking on university campuses for more than 20 years, and this was my 215th campus appearance.

Over this time, I have seen the palpable cultural changes on campuses: more dominance by the political left, and less openness and tolerance for a broad spectrum of viewpoints.

But lecturer Alan Ross, who is on the faculty at Berkeley's Haas School of Business, has built a new model very much in the spirit of Fuller that, in contrast to the illiberalism and intolerance dominating university campuses these days, promotes dialogue and respect, Ross teaches Political Science 179. The class meets once per week, and at each meeting, he invites speakers from around the country and across the political spectrum. According to Ross, he gives a platform to the "far left, the far right and everything in between. Every point of view we try to address, not just the prevailing point of view at Berkeley."

When I received an invitation to address Ross's class, my first inclination was to decline.

Last February, violent protests at Berkeley forced the cancellation of a scheduled appearance there by conservative then-Breitbart editor Milo Yiannopoulos, and the evacuation of Yiannopoulos from the campus. He was there to address the college Republicans.

The following month, American Enterprise Institute scholar Charles Murray encountered violence and protests interrupting his guest lecture at Middlebury College in Vermont, resulting in one of the college's professors receiving a concussion.

Despite my years of experience doing these types of university presentations, I thought, no, thanks, Berkeley.

However, I was offered private security protection.

And five colleagues from the Frederick Douglass Foundation agreed to accompany me, as did a pastor from the pastor network of my organization, CURE.

To my very pleasant surprise, I discovered that professor Ross has developed a sane, civil and educational model for presenting a broad spectrum of viewpoints to students, which he has now been doing for 32 years.

I spoke to about 600 attentive students in a large hall about my proposals for conservative reforms to fight ingrained poverty, including ending the use of taxpayers funds for abortion providers, housing and school vouchers, business tax-free zones, retirement savings accounts for low-income earners and tax credits for charitable contributions in targeted ZIP codes.

Students asked questions, and then I departed without incident.

What is Alan Ross's secret? His "new" model restores the university to what it is supposed to be and once was: about learning, not politics. Students take a final exam that tests what they have learned from the wide variety of ideas they have heard in the course of the semester, which determines whether they pass the course.

When did universities transform from being places for learning to platforms for politics? I would attribute it to part of our overall cultural decline, where we have lost a sense that there is truth in the world to discover and live by. When relativism takes over and we lose a sense that there is any absolute truth, everything becomes politics rather than learning. Students come to university to express their opinion rather than to learn what they don't know.

The seal of the University of California, adopted in 1884, displays the motto "Let There Be Light." The motto is superimposed on a book with the letter A written large to stand out. This is meant to symbolize the beginning of wisdom. When did this noble aspiration get lost?