Economic stagnation tied to complacency that now grips our culture. 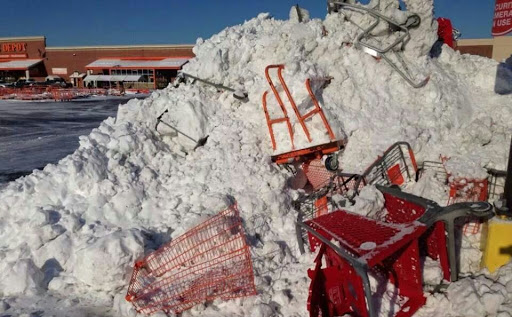 Cowen's message is that America is a nation that has lost its edge.

Entrepreneurism and the willingness to take risks — key factors that once defined the American economy and made it the growth engine of the world — are in decline.

Cowen attributes this stagnation to a complacency that now grips our culture. He offers a number of explanations, but key factors include adversity to risk and a sense that a society can be created in which risk is eliminated.

It's a dangerous illusion and we're paying a dear price for it.

Cowen's book is timely. It has arrived at the same moment that President Trump has submitted his new budget to congress. 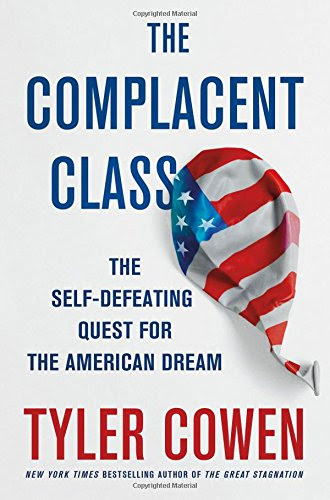 It's a courageous budget designed to turn around a ship of state that is sinking from fiscal excess.

What's the connection to Cowen's book? Our federal budget is bloated with social spending programs that have expanded massively over the years, whose real objective is to take any risk out of life.

Few would argue that the government should provide some temporary safety net for citizens that fall on hard times.

But these spending programs aren't that. They are the product of an illusion, the result of a culture of rampant materialism, that all of life is a social engineering problem. If designed correctly, the thinking goes, society can purr like a well-oiled machine with all pain and suffering engineered out of it.

This great lie is bankrupting us and producing a culture of victimhood, and, as Cowen defines it, complacency.

Regarding our federal budget, here's what the Congressional Budget Office says: "If current laws remain generally unchanged, the United States would face steadily increasing federal budget deficits and debt over the next 30 years — reaching the highest level of debt relative to GDP ever experienced in this country. ...The prospect of such large debt poses substantial risks for the nation..."

Liberals are crying about "cruel" budget cuts in the Trump budget.

But as Diana Furchtgott-Roth of the Manhattan Institute points out, what liberals call "cuts" are not cuts at all — they merely slow the rate of spending. The Trump budget increases federal spending over 10 years by $1.7 trillion.

Medicaid, one of the largest items in the federal budget, increases from $378 billion in current spending to $524 billion. Not exactly a cut. And consider that Medicaid spending in 2000 was $118 billion.

American Enterprise Institute economist Mark Perry notes that direct payments to individuals have increased from less than 30 percent of the federal budget to 70 percent today. He says that the federal government has essentially transformed into a "gigantic wealth-transfer machine."

We should see the Trump budget as a cultural as well as fiscal initiative.

It attempts to restore fiscal sanity while restoring individual freedom and personal responsibility to our culture.

This is essential if we are to restore badly needed economic vitality to America.