Black leadership has continued, year after year, to embrace and sell what doesn't work and black Americans continue to buy it and return these same individuals to power. 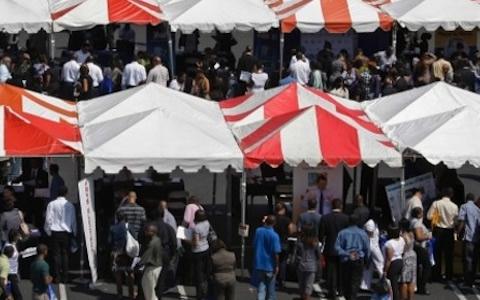 President Barack Obama does not miss an opportunity to point out that the problems this country is facing today did not start on his watch.

And, by and large, this is true.

However he could also use this refrain to react to the unhappy response that he is getting from Congressional Black Caucus members to his recent address to their annual meeting.

It didn't go over real big when the president told them to "stop complaining, stop grumbling, stop crying."

But the president could have well continued on that their problems didn't begin with him and that he is actually an extension of what they have been for years.

Black America suffers disproportionately today because its leaders -- uniformly liberal Democrats like our president -- have been peddling failed big government policies for almost half a century.

Now, in the words of Barack Obama's former pastor, "The chickens are coming home to roost."

Dr. Martin Luther King stood before the nation in August 1963, in his "I Have a Dream" speech, and said "America has given the Negro people a bad check, which has come back marked "insufficient funds."

It is time for today's black Americans to deliver this same message to their left wing black leaders. The promise of secular liberalism, of the fantasy of big government redemption, which blacks have been sold since 1964, is a bad check, which is coming back today marked "insufficient funds."

And black leadership has continued, year after year, to embrace and sell what doesn't work and black Americans continue to buy it and return these same individuals to power.

Sadly, as I have been writing over recent years, instead of black America learning from the free, capitalist part of our nation -- the part that has always worked -- the part that created what wealth we have left today -- what's been happening is the opposite.

The part of America that has worked has been becoming more and more like black America on the government plantation.

So look where we are today. Government is in our lives more than ever, our families are more broken than ever, our economy is a wreck, and, what a surprise, those being hit the worst are blacks.

Let every black American read Dr. Ben Carson's book "Gifted Hands.'' Let them read how his illiterate mother, working as a domestic, told her two little boys to turn off the TV and made them read two books a week.

Let them read how a young black man from the ghetto became head of pediatric neurosurgery at Johns Hopkins University.

And let every black American read about Dr. Carson's faith, which guides his life and how he raises his children.

Unemployment today among college graduates is 4.5 percent. Among those with no high school diploma it's 15 percent. You can bet that the latter category is disproportionately black.

Our president sends his two beautiful daughters to a fancy private school in Washington, DC. But why can't every black mother send her son or daughter to whatever school she wants?

The black Caucus is not criticizing Barack Obama because his big government answers don't work. They are criticizing him for not doing enough of it.

A trillion spent and few new jobs. When Maxine Waters, D-Calif., the Black Caucus jobs spokesperson, was asked what to do, her answer was spend another trillion.

In 2010 American voters fired 25 percent of Democrats in Congress. But all 41 sitting Black Caucus Democrats, all with poverty rates in their district above the national average, were re-elected.

When people refuse to learn, when they refuse to look at the truth, they shouldn't be surprised at the results.